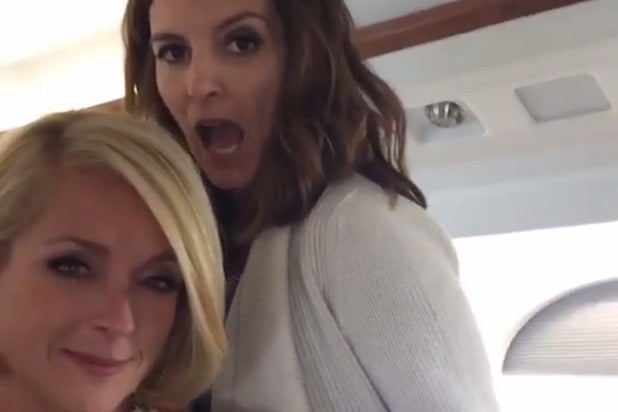 “Unbreakable Kimmy Schmidt” star Tituss Burgess entertained his Twitter followers with a lip sync rendition of a Beyoncé song, and got co-star Jane Krakowski and the Netflix sitcom’s co-creator Tina Fey in on the action, too.

The three actors, who all scored Emmy nominations for their performances in the sitcom nominated for Outstanding Comedy Series, moved their lips along to the 2013 hit single “Flawless” before cracking up.

“Kimmy Schmidt,” which stars Ellie Kemper (“The Office”) as the eponymous lead, follows the survivor of a doomsday cult trying to live a normal life in New York City.

Season 2 of the show Fey co-created with Robert Carlock (“30 Rock”) is gearing up to begin production next month.