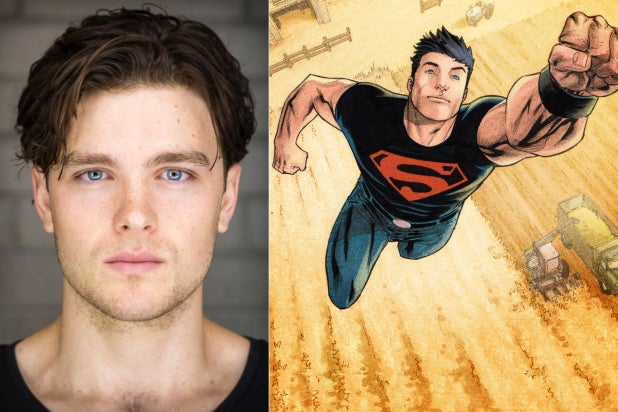 DC Universe is adding Superboy for the second season of “Titans” and cast Australian actor Joshua Orpin in the role as a series regular.

The “Titans” version of Superboy is described as the angsty Teenager of Steel searching for purpose and the truth about his past. While looking for answers, he crashes into the world of the Titans and finds an unlikely home and surrogate family as well as revelations that carry more complications than he ever bargained for.

But before you ask, this character is not young Clark Kent/Kal-El.

Orpin will be playing Conner Kent, the second DC Comics character called Superboy. Created by Karl Kesel and Tom Grummett as part of DC’s 1992-1993 “The Death of Superman” crossover event, Conner is a clone intended to fill the void left by the apparent death of the Man of Steel. Believing himself to be a clone of Superman himself, he later learns things are a bit more complicated — though we won’t spoil how. Suffice to say, it gets weird.

Also Read: How 'Batwoman' Will Let The CW Live in Batman's World - Without Bruce Wayne

“Titans” is based on DC’s long-running young superheroes team “Teen Titans,” which first banded together in 1964 on the pages of DC’s “The Brave and the Bold” in a story by writer Bob Haney and artist Bruno Premiani. Originally consisting of sidekicks Robin, Aqualad and Kid Flash, the team got its own eponymous series in 1966 and has been rebooted several times since with a frequently-changing lineup. The DC Universe series is based in part on the 1980s incarnation of the team created by created by writer Marv Wolfman and artist George Pérez. In addition to Raven and Robin, it will include Starfire and Beast Boy.