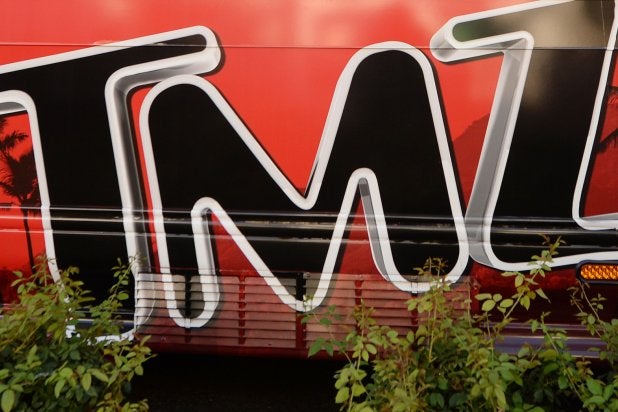 TMZ has been slapped with a lawsuit by former producer Jarrett Gaeta alleging wrongful termination, breach of contract, breach of good faith and emotional duress.

In documents obtained by TheWrap, plaintiff Gaeta claims that he was unlawfully fired from the celebrity news site for racist behavior which he denies. According to the Los Angeles Superior Court filing, Gaeta was terminated on Apr. 4 after nearly seven years and has been unable to find work because of his smeared reputation.

The documents state that in Sept. 2013, TMZ hired an African-American male (AAM) to work for Gaeta. Soon after, Gaeta claims that he found the man rifling through his trash, using his computer as well as scrolling through Gaeta’s cell phone to read his emails. Gaeta reported each incident to his superiors and his employee was subsequently terminated, according to the suit.

The incident did not end there. Gaeta then says he became a target of an internal TMZ investigation into alleged racist behavior towards his now-fired subordinate. As part of the line of questioning, Gaeta was asked: “Did you ask (AAM) whether he and other African-Americans were offended by blackface? Did you say ‘you black people are offended by every fucking thing. Oh no one can do blackface because it fucking offends you? You’re mentally fucked if you think that’s the least bit racist.'”

The plaintiff admitted only to asking his former employee “whether he and other African-Americans were offended by blackface” because of a TMZ online story they were working on. Gaeta says he never asked the derogatory question or expressed the other racist remarks.

Gaeta was also accused of asking the man, “You all can call each other niggers but I can’t? You black people are so confused. First, you don’t want to [be] called African-American, then you don’t want to be referred to as niggers. What should we call you? Colored?”

Again Gaeta denied the conversation ever took place. The plaintiff was also accused of using AOL’s instant messaging service to send internet links including photographs of a gorilla, Bobby Brown, a map of the U.S. with Mississippi highlighted, slices of watermelon, cocoa butter cream and Samuel L. Jackson to the worker.

Gaeta denied those assertions as well, even calling them “comical.”

Later, Gaeta asserted that the same TMZ attorney who questioned him on the allegations, Jason Beckerman, called him back to say he believed Gaeta but the company still had to terminate him. During the call, Beckerman suggested that Gaeta hire a good labor attorney. He hired Corey D. Boddie, who had no further comment on the case when contacted by TheWrap.

Gaeta alleges that Beckerman stated, “Don’t you know we will probably have to settle with this kid for six figures? We had to do what we had to do.”

Neither Beckerman or TMZ has yet responded to TheWrap’s request for comment.

The suit stated that Catherine Hillin, who was employed by TMZ as a producer for approximately a year-and-a-half from Feb. 2012 to Sept. 2014, was the only female writer on the celebrity news website’s staff.

Hillin claims she was denied promotions, repeatedly spoken to in a derogatory manner and eventually terminated.