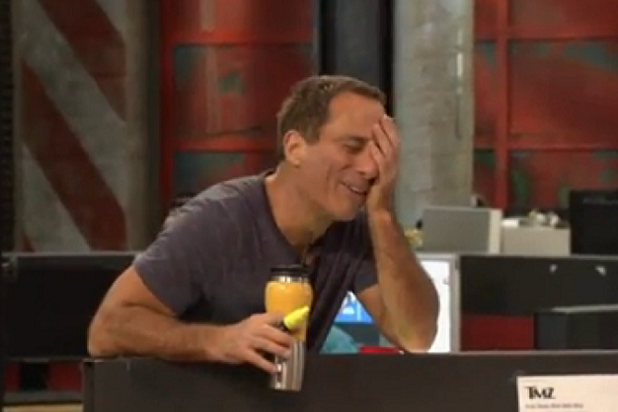 TMZ is being slammed by an Asian American organization that’s demanding an apology from the show for comments made about Asian drivers.

The Media Action Network for Asian Americans (MANAA) is taking aim at the celebrity gossip show for a segment featuring “Step Up 3D” actor Joe Slaughter. During the segment, a TMZ reporter asked Slaughter about Korea creating larger parking stalls to make it easier for Korean women to park.

Cut to the TMZ set, where a staffer chimed in, “But you know what?  My roommate is Asian. She is full blown Chinese. And she openly talks about how she is a bad driver.  And she does blame it on her genetics because of her eyes. It’s not something that’s a bad thing if you — you know, maybe someone can be born with a big nose and you can’t turn all the way…”

“First of all,” Aoki said in a statement, “she describes being full-blooded Chinese–‘full blown Chinese ‘– as if it’s a disease. Secondly, even if her account of her roommate’s beliefs are accurate, we doubt TMZ would’ve aired comments by a staffer attributing perceived shortcomings of any ethnic group to genetics. For instance, if someone had said a stereotyped characteristic by blacks was because of their large noses or lips, it would have been edited out.”

The organization also accuses TMZ of practicing a double standard and hypocrisy, since TMZ’s website exposed Donald Sterling’s racist comments, which led to Sterling’s banishment from the NBA.

Slaughter isn’t off the hook as far as MANAA is concerned, either.

“We’re also not too pleased about Joe Slaughter’s comments,” MANAA’s Miriam Nakamura-Quan said, “which implied that all Asian people — in any country — were bad drivers. Especially since ‘Step Up 3D,’ which featured Asian American dancers, was directed by Chinese American Jon M. Chu, and Slaughter played the leader of the House of Samurai dance crew.”

The organization, which in the past has taken aim at the Fox comedies “Dads” and “The Mindy Project,” is asking for a written and on-air apology, and for the staff to undergo sensitivity training regarding Asian Americans.

Watch the segment in question below.