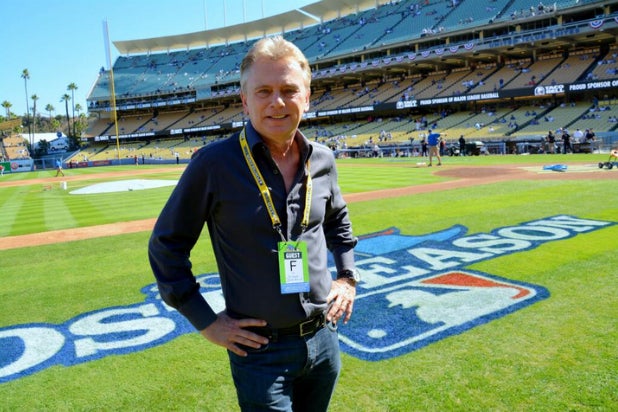 The tweet earned some replies from supporters, but dozens scoffed at Sajak’s sentiment. Climate scientist Michael E. Mann wrote that the consequences of being wrong about climate change are greater than losing a game of “Wheel of Fortune.”

“Hey @PatSajak, this aint the Wheel of Fortune,” Mann wrote. “If we lose this game, it isn’t just one person’s misfortune. All humanity pays the price.”

But whether Sajak was making a joke or truly held the beliefs he espoused on Twitter was up for debate in media circles Tuesday. Mediaite noted a followup tweet in which Sajak cryptically suggested he enjoyed stirring the pot just for the fun of it.

Sometimes it’s fun to poke a stick in a hornets’ nest just to hear the buzzing.

The conservative game show host has a history of provoking controversy on his Twitter account. Sajak posted a tweet in April where he came out as heterosexual, which drew ire from critics who accused him of making light of the difficult process of coming out within the gay community.