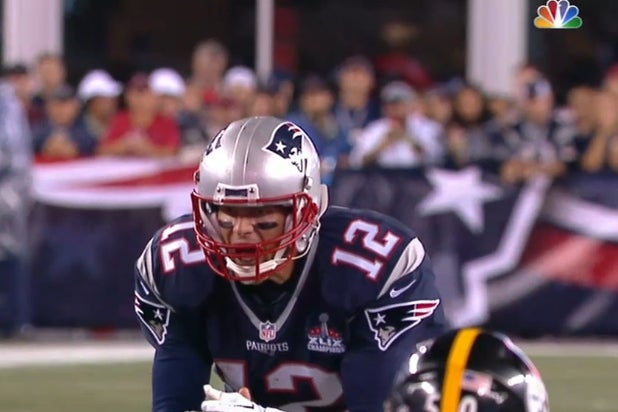 The battle between the NFL and Tom Brady over Deflategate is officially over.

The New England Patriots quarterback announced via Facebook Friday that he is no longer going to fight the four-game suspension for an alleged scheme to take air out of footballs prior to the AFC Championship Game in Foxborough, Massachusetts, in January 2015.

“I’m very grateful for the overwhelming support I’ve received from [Patriots Chairman and CEO Robert] Kraft, the Kraft family, coach [Bill] Belichick, my coaches and teammates, the NFLPA, my agents, my loving family and most of all, our fans,” the four-time Super Bowl champion wrote.

“It has been a challenging 18 months and I have made the difficult decision to no longer proceed with the legal process. I’m going to work hard to be the best player I can be for the New England Patriots and I look forward to having the opportunity to return to the field this fall.”

The finale of the ongoing legal dispute comes two days after the U.S. Court of Appeals for the 2nd Circuit denied Brady’s request for an en banc rehearing after a three-judge panel reversed a decision by a lower court to affirm the suspension.

Kraft quickly responded to his star player’s announcement with a lengthy statement on the team’s official website.

“While I was disappointed with the 2nd U.S. Circuit Court of Appeals’ decision not to rehear Tom Brady‘s case, I am most frustrated that Tom was denied his right to a fair and impartial process,” Kraft said. “The League’s investigation into a football pressure matter was flawed and biased from the start, and has been discredited nearly unanimously by accredited academics and scientists.”

Kraft went on to call the punishment “unprecedented, unjust and unreasonable” and pledged his support to Brady.

“From day one, I have believed in Tom and given him my unwavering support in his pursuit to rightfully clear his name of any wrongdoing,” Kraft said. “His reluctant decision to stop pursuing further action and to put this situation behind him is what he feels is best for the team in preparation for this season and is fully supported by me and our entire organization.”

The NFL Players Association also issued a statement, saying, “After careful consideration and discussion with Tom Brady, the NFLPA will not be seeking a stay of the four game suspension with the 2nd Circuit.

“This decision was made in the interest of certainty and planning for Tom prior to the New England Patriots season. We will continue to review all of our options and we reserve our rights to petition for cert to the Supreme Court.”

Last September, U.S. District Judge Richard M. Berman vacated a suspension handed down last May after NFL-appointed attorney Ted Wells found that it was “more probable than not” that Brady engaged in a “scheme” to intentionally deflate game footballs prior toagainst the Indianapolis Colts, which the Patriots won 45-7.

Despite the allegations, New England went on to win Super Bowl XLIX.

Friday’s announcement means that the Patriots will now open the 2016 season on Sunday, Sept. 11, against the Arizona Cardinals with backup QB Jimmy Garoppolo as starter.