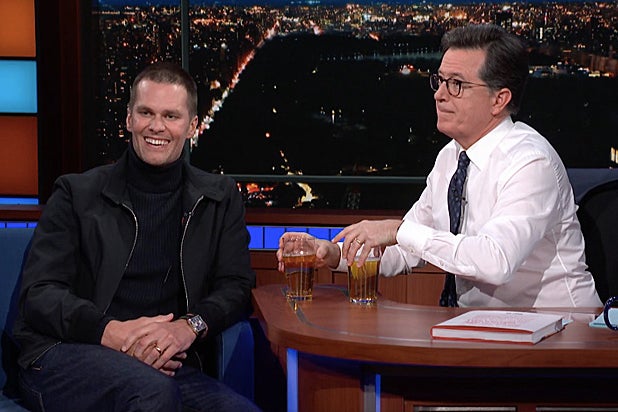 Is there anything Tom Brady doesn’t do well?

Brady ditched the avocado ice cream and performance meals to down a cold one with Stephen Colbert on Monday.

The 40-year-old New England Patriots quarterback dropped by the “Late Show” to chat about the final episode of his Facebook Watch series “Tom vs. Time,” but somehow got cajoled into downing a beer with the CBS late-night host.

When asked about his infamously strict TB12 Method nutrition plan, Brady said he “rarely” drinks beer. That answer of course prompted Colbert to place a pair of pints on the table.

“I was a pretty good beer chugger back in the day,” Brady said.

“I don’t know if you’re a competitive guy,” Colbert pondered. There’s five Super Bowl rings that prove that he is.

Watch the video below — and think twice before you challenge Tom to compete in anything.