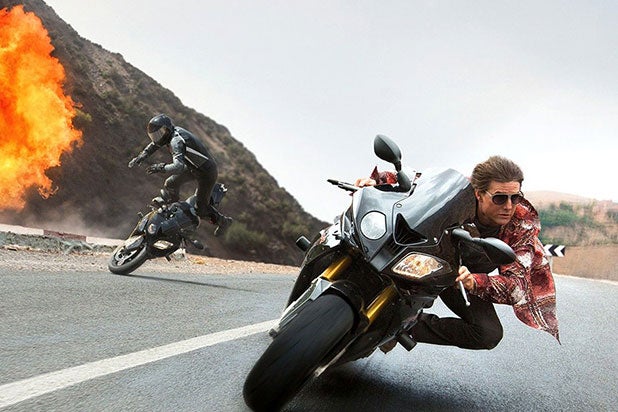 After “Mission: Impossible 6” was halted because of back-end fees, Tom Cruise has finally closed a deal to return to the franchise.

In August, preproduction for the film went on hiatus as the studio wanted to see the pay for Cruise and producers Bad Robot and Skydance trimmed. Cruise, who was in London shooting “The Mummy” — which, according reports, he was paid more for than “Mission: Impossible” — didn’t agree, putting a stop to things.

But the two sides have come to an agreement and the film is back on, however, Paramount has declined to comment on it.

The studio initially planned to begin production in January for an early 2018 release, which was jeopardized by last month’s pay dispute. But with Cruise returning to the fold, that timeline could be back in play.

Getting the franchise back on track is a big deal for Paramount, which was sitting in sixth place out of all studios with 7.3 percent market share as of Sept. 11. The studio is also coming off of August’s “Ben-Hur,” one of the biggest box office bombs of the year.