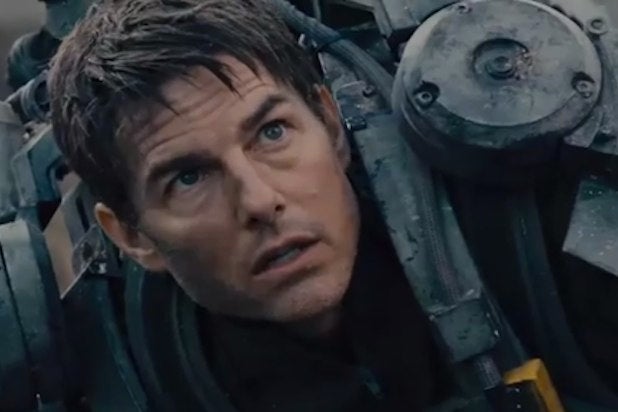 Tom Cruise‘s “Edge of Tomorrow” brought in $82 million to lead the overseas box office this weekend, paced by No. 1 openings in China, Korea and Russia.

The $25 million that the sci-fi saga brought in over the three days in China was just under the $29.1 million that it opened with in North America. A big overseas showing will be crucial for “Edge,” which carries a $178 million production budget, and has now taken in $111 million from abroad.

It added $16.1 million from Korea, 37 percent ahead of “Mission Impossible – Ghost Protocol,” according to distributor Warner Bros., which co-produced with Village Roadshow.

“Edge” also brought in $8.6 million from Russia, in what is expected to be Cruise’s biggest opening ever in that market.

Disney’s “Maleficent” was second overseas this weekend, with an impressive $59.7 million from 53 foreign markets. That ups the foreign total for the live-action update of “Sleeping Beauty” starring Angelina Jolie to $208 million, and pushes its worldwide total past $335 million.

Fox’s “X-Men: Days of Future Past” brought in another $42 million from 74 markets over the weekend. That ups the international total for the Marvel mutant mashup to $422 million, and its worldwide total to $611 million after less than three weeks in release.

Fox also rolled out “The Fault in Our Stars” in 17 markets and the adaptation of John Green‘s young adult bestseller brought in $17.1 million.

The tale of two young cancer patients (Shailene Woodley and Ansel Elgort) who fall in love debuted at No. 1 in Brazil with $5.9 million, topping recent the recent openings of “Godzilla,” “Divergent” and “The Hunger Games,” and beating “Edge of Tomorrow” head-to-head over the four-day holiday period. It will open in 19 more markets next weekend, including Germany and Switzerland.

Disney’s “Frozen” continued its remarkable run in Japan, finishing in the top spot for the 13th week in a row with $5.8 million – just a 22 percent drop from last week.

“Frozen” has taken in $218 million in Japan, where it is the highest-grossing Disney film of all time, the No. 3 movie overall and the second-highest grossing Western film ever in that country, behind only “Titanic.”

Overall, the Disney Animation musical has brought in $400 million domestically, $844 million from overseas and is at $1.24 billion globally.