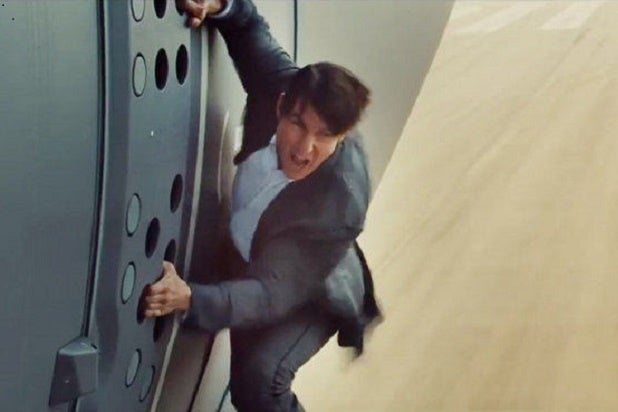 Tom Cruise and “Mission: Impossible – Rogue Nation” will roll into Tuesday’s debut at the Chinese box office with momentum, after the spy thriller crossed the $500 million mark at the worldwide box office this weekend.

Beijing will be the last major stop for “Rogue Nation,” which has rolled up nearly $329 million at the foreign box office for distributor Paramount and Skydance Productions. Coupled with its $180 million domestic haul, the fifth installment in the “Mission: Impossible” franchise is at $509 million worldwide.

A solid run in China — at least $37 million — will make “Rogue Nation,” written and directed by Chris McQuarrie, the second-highest-grossing film in the franchise. It should do that and pass the $546 million that 2000’s “Mission: Impossible 2” rung up, but it’s not going to catch 2011’s “Mission:Impossible – Ghost Protocol.” That one finished with $695 million worldwide, after adding $101 million from China.

Paramount knows how much China can mean to a major franchise film. In 2014, “Transformers: Age of Extinction” topped its $245 million domestic haul with $320 million from China and wound up at $1.1 billion worldwide.

This weekend, Arnold Schwarzenegger‘s “Terminator: Genysis” grossed $11.4 million in China, which lifted its total there to $108 million, well ahead of its $89 million domestic total. The $346 million it has grossed overseas represents nearly 80 percent of the film’s $436 million worldwide total.