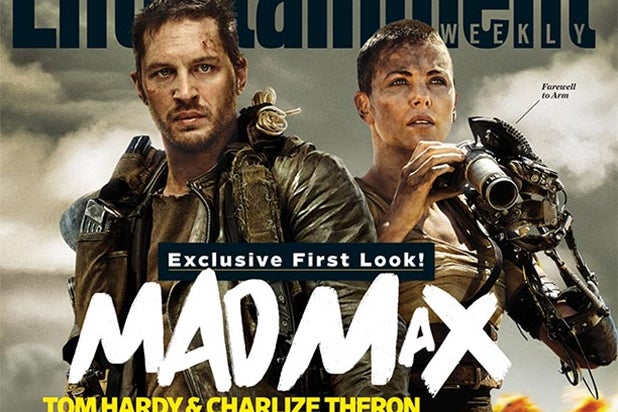 In the newly unveiled Entertainment Weekly cover story, Miller tells the magazine how an idea that first sprang to mind in 2000 took 15 years to make it to the screen. “I wanted to tell a linear story — a chase that starts as the movie begins and continues for 110 minutes,” the writer and director says of his ambitious new undertaking.

In the lead role, Tom Hardy takes over for Mel Gibson as the road warrior Max Rockatansky, while Theron joins him as a badass commander named Imperator Furiosa. Judging by the first photo, not only did Theron shave off her signature blonde locks for the role, she’s also sporting a robot arm. Yup, badass.

“Mad Max: Fury Road” also stars Nicholas Hoult, Rosie Huntington-Whiteley and Zoe Kravitz and will be released on May 15, 2015.