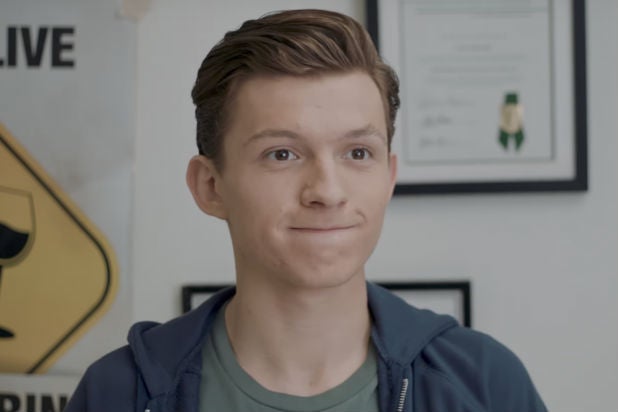 The rollout for “Avengers: Infinity War” is in full swing, and a new poster has been released ahead of the trailer, which will be released tomorrow.

Tom Holland took to his Instagram Live to open a package supposedly from his “Avengers” co-star Mark Ruffalo, who is currently starring in “Thor: Ragnarok.”

“I got a parcel from none other than Mark Ruffalo himself,” the “Spiderman: Homecoming” star explained. “And I thought I would open it on Live for you guys. I don’t know what it is, I’m quite excited.”

Holland then took out the poster, which features the “Avengers” logo and its May fourth release date. “Woah, yo, that’s dope!” the 21-year-old British actor said. He then pulled out a note, which clearly says “Marvel Studios. Confidential Do Not Share” on the back, which the audience can see.

“I thought you’d like to be the first to see the poster for the movie. Enjoy, Mark Ruffalo,” Holland said, reading the note aloud. He then flips the page over to see the confidential notice. “Oh s—!” he said, before turning off his stream.

It appears that Marvel was in on the joke, however, as the studio released the poster on Twitter shortly thereafter, and even posted a video of Holland’s stream.

Ruffalo, who has a track record for giving spoilery interviews about Marvel movies, also weighed in on the poster, saying “Haha! For the record @MarvelStudios, I didn’t spoil this one.”

Haha! For the record @MarvelStudios, I didn't spoil this one. https://t.co/Ko49vbh9Ad

See the poster below: