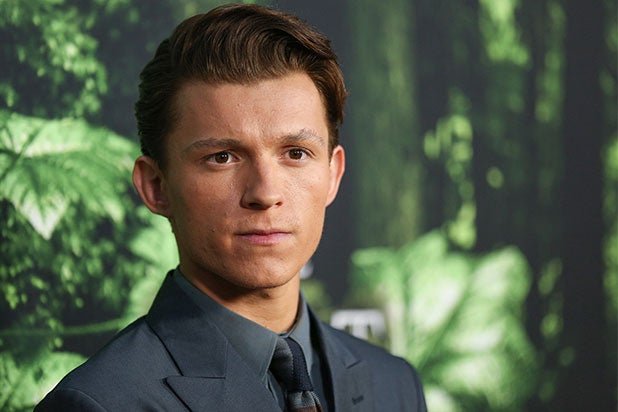 “Spider-Man: Homecoming” star Tom Holland was cast as young Nathan Drake in Shawn Levy’s “Uncharted” last week, but who will play the character’s sidekick Sully? The actor has some ideas.

“I think Jake Gyllenhaal could be really cool, but I actually went to the ‘Jurassic World’ film set the other day to visit my friend who is directing it and Chris Pratt is on that film, who I have become very good friends with over the last few months, and I think he would be a great Sully,” Holland said in an interview with Yahoo!” I think it could be cool, because if it was an older movie I would say that Chris should play Nathan, but I think he would be a good Sully and I love working with Chris.”

Levy is directing the adaptation of the hit video game in which Holland is set to star as the young treasure hunter thief Nathan . The film will take its inspiration from a sequence in the third version of the famous video game, in which first meets professional rogue, Sullivan (Sully).

“Uncharted” is an action-adventure third-person shooter video game, following protagonist Drake, a treasure hunter who journeys across the world to uncover historical mysteries. The first game was released in 2007, followed by various gaming sequels.

Holland also told Yahoo! how he became involved in the film.

“It’s an exciting one. I didn’t know much about it. It sort of just came, it was a conversation I had with (studio head) Tom Rothman about the potential of different movies that I’d like to work with with Sony and I just had the idea that maybe a young Nathan Drake would be something that audiences would be very interested in,” he explained. “I met Shawn at the MTV Awards and we had a brief chat about the potential of doing an origin story rather than copying what the games have done and it seems like people have been really excited about it, I know I am. I’m excited to have some further conversations about it.”

Fans of the game weren’t too happy with Holland’s casting in the film, when it was first announced. Right after Sony’s reveal, the internet lit up with confusion and disappointment. Many didn’t expect the baby-faced 20-year-old actor to place the grizzled treasure hunter.