Studio veteran Tom Sherak was elected president of the Academy of Motion Picture Arts and Sciences Tuesday night by the organization’s Board of Governors, the Academy announced. 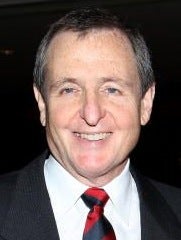 Sherak, who is beginning his seventh year as a governor representing the Executives Branch, has served as treasurer of the Academy during the past year.
He succeeds Sid Ganis, who had served the maximum four consecutive one-year terms in the office.

Ganis, representing the Public Relations Branch, will serve as immediate past president.

Sherak, a marketing, distribution and production executive with more than four decades in the motion picture industry, is currently a consultant for Marvel Studios.

Previously, Sherak was a partner at Revolution Studios where he oversaw the release of more than 40 films including “Black Hawk Down,” “Anger Management,” “Rent” and “Across the Universe.”

Prior to joining Revolution, Sherak was chairman of Twentieth Century Domestic Film Group and served as senior executive vice president of Fox Filmed Entertainment.  Previously, he held various positions at Fox, including senior executive vice president, where he oversaw the distribution and post-production of “Mrs. Doubtfire,” “Speed” and “Independence Day,” among others.

In 1990 Sherak was named executive vice president of Twentieth Century Fox.  Prior to that he was president of domestic distribution and marketing for Fox, where launched such films as “Romancing the Stone,” “Aliens,” “Wall Street,” “Die Hard” and “Working Girl.”  He began his career in the industry at Paramount Pictures in 1970.