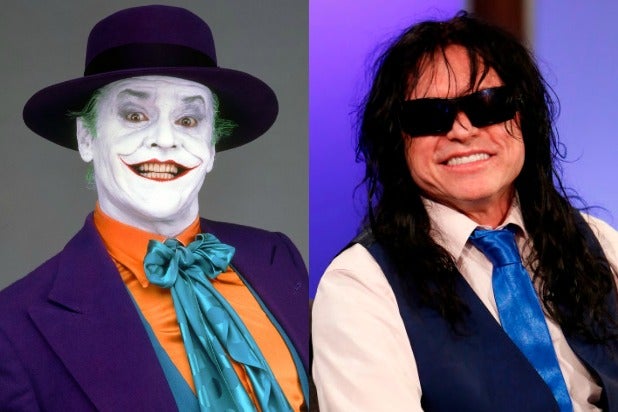 With the success of “The Disaster Artist,” Tommy Wiseau and “The Room” have returned to the spotlight, and the infamous actor and director wants to continue that hot streak by becoming the next actor to play The Joker in the upcoming origin movie about Batman’s most famous nemesis.

Wiseau announced his interest on Twitter last week when reports surfaced that director Todd Phillips was in talks with Joaquin Phoenix to play the Clown Prince of Crime. After Wiseau simply told Phillips to “DM me,” one fan of “The Room” sent in a painting depicting Wiseau as The Joker, with his long raggedy hair turned green and his face sporting Heath Ledger’s famous scars from “The Dark Knight.”

Even if Wiseau doesn’t join Jack Nicholson and Jared Leto in playing the villain, the last few months have been pretty good for him. James Franco’s portrayal of him in “The Disaster Artist” led to renewed interest in “The Room” and to Wiseau’s film scoring a theatrical release 15 years after it premiered. Wiseau also appeared on stage at the Golden Globes after Franco won the Best Actor in a Musical or Comedy for “The Disaster Artist.”

Also Read: Now That 'The Disaster Artist' Is Out, Real Life 'The Room' Star Wants to Prove Tommy Wiseau Can Act

Wiseau will also be seen on the big screen later this year in “Best F(r)iends,” a film written by and co-starring his “Room” co-star Greg Sestero and based in part on their turbulent, two-decade friendship. Sestero wrote the film with Wiseau in mind, telling TheWrap in an interview last December that he wants to show the world that Wiseau can truly act.

“I’ve seen him and I know he can deliver something that can be captivating if it’s just handled properly,” Sestero said. “So I decided to make a movie with a part that he can really dive into and take seriously and try to really make him act. I didn’t think he would do it, but one day he just texted me out of the blue and said that we should just take a risk and try it.”