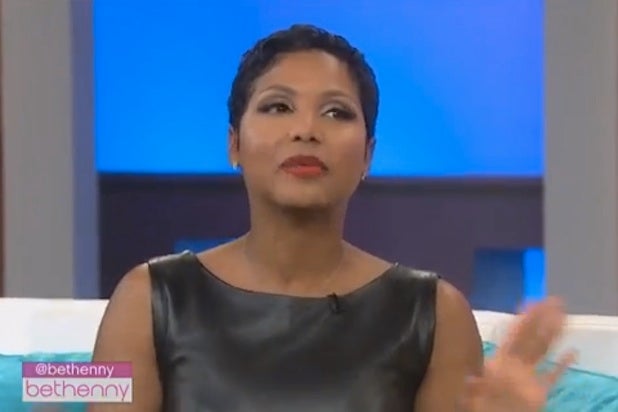 Toni Braxton characterizes her recent divorce in racial terms: “We are very caucasian, very white about it!” the R&B singer said in an appearance on “Bethenny.”

The audience roared in shock and amusement after hearing Braxton’s comments. Host Bethenny Frankel was incredulous about Braxton’s description, and quickly sought clarification.

“You are having a very white divorce?” she asked.

“We are really!” Braxton acknowledged. “We did!”

Also read: We TV Announces Toni Braxton Show and Another Series About Cakes

Watch Braxton’s attempt at clarifying her remarks below: