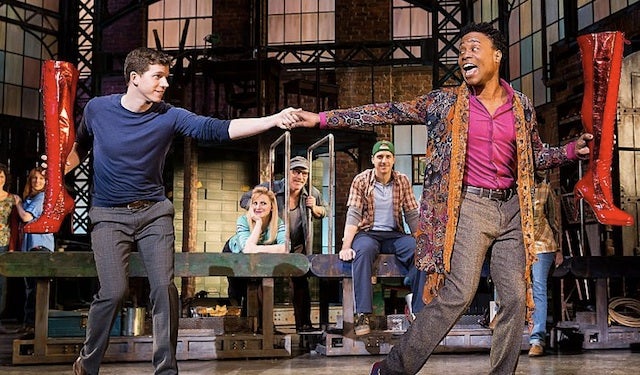 The drag queens beat out the English school kids at the Tony Awards on Sunday night, as "Kinky Boots" was crowned Best Musical over "Matilda."

Credit for the victory goes in part to an energetic and aggressive campaign by the show's co-creators Cyndi Lauper, the pop star who wrote the music and lyrics, and Harvey Fierstein, the Tony-winning actor and playwright who handled the book. The two were ubiquitous presences on the awards circuit.

The other nominees for Best Musical, "Bring It On" and "A Christmas Story," were both based on well-known films but suffered from the fact that both shows had been closed for months.

"Kinky Boots" takes its plot from a relatively obscure 2005 film of the same name. It centers on a factory owner who saves his struggling shoe-manufacturing business by transforming it into a maker of fetish footwear for cross-dressers.

"Kinky Boots" scored 13 nominations to "Matilda"s' 12, but odds-makers believed that the adaptation of Roald Dahl's children's story would benefit from its stronger reviews.