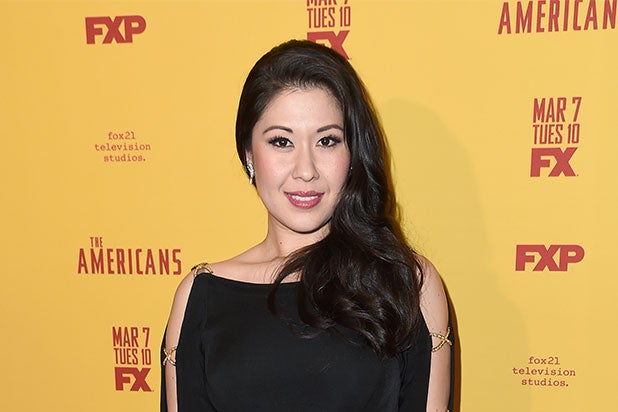 The New York Daily News was the first to report of the accident, when a driver ran a red light on Monday, fatally hitting two children at a Brooklyn street corner. One of the kid’s strollers was dragged more than 350 feet.

Miles (who also goes by the last name Blumenstein), was with another woman, Lauren Lew, and her four-year-old daughter and Lew’s one-year-old son when the accident occurred at around 12:40 p.m.

Witnesses told the New York Daily News that Miles was pregnant and critically hurt, while Lew was also injured. The children were rushed to the hospital but died, while both mothers are now in stable condition.

According to the Daily News, the driver’s car was cited four times in the last two years for running red lights, and attempted to drive away, but crashed into several cars and was stopped by witnesses.

The driver was taken to a nearby hospital, and relatives told the Daily News that she suffered a seizure while driving.

Miles won the 2015 Tony Award for Best Featured Actress for her role in “The King and I.” She also starred in episodes of ‘The Americans” and “Elementary.” A spokesperson for Miles has not yet responded to TheWrap’s request for comment.

Many Broadway stars, including Lin-Manuel Miranda, Kristin Chenoweth and Audra McDonald took to Twitter to send messages of support. A GoFundMe campaign for Miles and her family has been set up.

A representative for the New York Police Department has not yet responded to TheWrap’s request for comment.

Amber Tamblyn took to Twitter on Sunday to inform fans that a “Hasidic man in a grey van” in Brooklyn tried “to hit a woman and her baby in a stroller as she crossed a crosswalk, honking and touching the stroller with the car’s bumper.” She then asked for fans to DM her because “That woman was me.”

See tweets from the Broadway community below.

Heartsick for Ruthie and her family. https://t.co/T7Ox6y4BeH

@RuthieAnnMiles sending love to you and your family there are no words. Except you are loved.

This is heart shattering. Please help if you can and if you can't please send love and hope and prayers their way. Ruthie, I am sending you all the love and light in my heart today sweet lady.
Ruthie Ann Miles Fund https://t.co/Spsy7MAsBP

Humans of twitter. Our friend @RuthieAnnMiles has suffered an unimaginable loss and is pregnant and in critical condition. Please give what you can. https://t.co/mREvGOmiLO