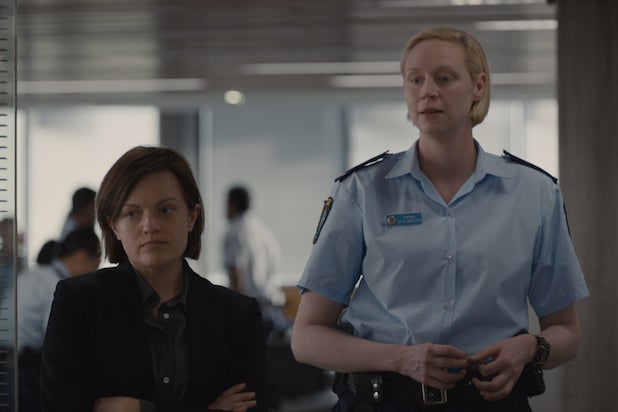 There’s no mystery to why the first season of Jane Campion’s “Top of the Lake” was so great: She took the genre trappings of a typical detective story to examine sexual abuse and the power struggle between men and women.

“Top of the Lake: China Girl,” the second season of the miniseries premiering this Sunday on SundanceTV, might be even better than the first.  puts the show’s themes above the mystery without sacrificing any of the action, tension or subversive touches. Elisabeth Moss, Gwendoline Christie and Nicole Kidman are a wonderful trio of dark, complex and flawed characters, and it’s harrowing to see if they can survive their demons.

“China Girl” starts four years after the original miniseries, shifting the action from Detective Robin Griffin’s rural hometown in New Zealand to Sydney. The season opens the caretakers at a brothel shoving a suitcase into the ocean. A sex worker has gone missing and Robin (Moss) is on the case, but is also trying to track down her daughter Mary (Alice Englert). In the first season, we learned Robin was raped when she was just a teenager and was forced to give up her baby. Now Mary is 17, but her 42-year-old boyfriend, Alexander (David Dencik), works at the brothel connected to the disappearance.

With his erratic ramblings about academia and feminism in a thick Eastern European accent, you’d think Tommy Wiseau played him. He’s a repulsive figure, yet Dencik lends Alexander a mysterious allure that ensnares Mary and the other women in the brothel.

“China Girl” also finds ways outside the brothel to further explore the sexism examined in Season 1. Robin is openly challenged and mocked by her coworkers, and she can’t go a few moments without being hit on. She’ll be standing in front of a mutilated body in the morgue and will have another detective ask her out.

“China Girl” also examines an ethical, political discussion that will be more relatable to Australian audiences than American ones: commercial surrogacy, a practice that’s illegal throughout Australia. Campion’s investigation of the thorny ethics of the practice are woven nicely into the story.

Even more impressive is the show’s visual style. Campion has a knack for beautifully empty shots that reveal Robin’s distance and detachment from everyone in her life. As in the last season, she’s also sitting on the floor in her lonely apartment or office. And the slow-motion tracking shots as she walks down the lavender corridors of the brothel look like something out of “Taxi Driver.”

But this season, Moss shares the screen with two equally compelling performers. Christie clowns about her height and provides the series some momentary levity it urgently needs. And Kidman, from beneath a messy frock of gray hair, cuts Robin down with cool efficiency. All three give forceful, genuine performances.

“China Girl” does what “True Detective” hoped to — it is intense, disturbing and bizarre without buckling under the weight of its philosophies or .

The real mystery is how Campion can top this.

SundanceTV will present the series as a three-night special event starting Sunday, Sept. 10 and continuing Monday and Tuesday.