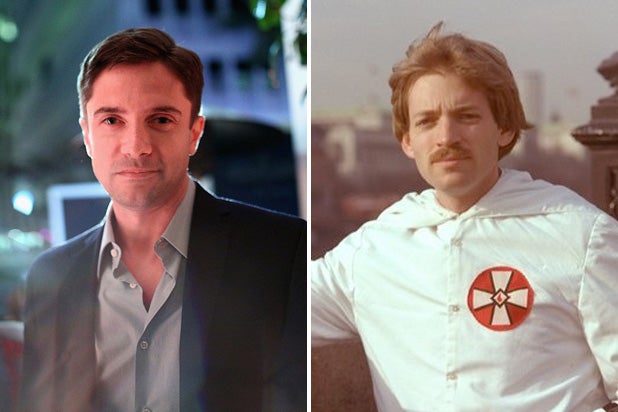 Grace’s casting was previously announced, but it was not known he’d be playing the prominent white supremacist and former Louisiana state representative in Lee’s telling of a remarkable American story.

Footage screened for theater exhibitors was brief but classic Spike Lee — biting social commentary that is all the more shocking for being true.

Washington’s Stallworth attempts to set a meeting with the bigoted leader by relating to him over how much he hates black people — and Jewish people, and Asian people, but most certainly African Americans.

Grace’s Duke, in his Klan robes, expresses gratitude for connecting with another white American. Except, of course, Stallworth is not white.

Adam Driver also stars as Stallworth’s partner, Flip Zimmerman, along with Laura Harrier and Topher Grace. The film’s release date coincides on the same weekend as the one-year anniversary of the white supremacist riots in Charlottesville.

Focus Features will release the film on August 10 after a world premiere at next month’s Cannes Film Festival.