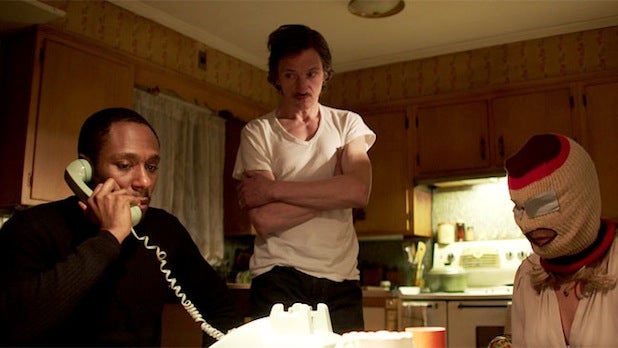 Lionsgate and Roadside Attractions are in final negotiations to acquire Daniel Schechter’s “Life of Crime,” which is based on Elmore Leonard’s novel “The Switch,” an individual familiar with the dealmaking process has told TheWrap.

Hawkes and Bey play career criminals Louis and Ordell, the same characters made famous by Robert De Niro and Samuel L. Jackson in Quentin Tarantino‘s “Jackie Brown,” which was based on Leonard’s “Rum Punch.”

Set 15 years before the events in “Rum Punch,” story finds Louis and Ordell kidnapping the wife of a corrupt Detroit real estate developer who refuses to pay the ransom for his wife’s return, forcing the duo to find another way to get paid.

“Life of Crime” is set to close out the Toronto International Film Festival on Saturday night, though the movie has already screened for press and industry.

Lionsgate and Roadside often partner on festival acquisitions, having much success with “Margin Call” and “Arbitrage.” Like those films, “Life of Crime” will get a theatrical release.

Deal was negotiated by WME Global and Starstream’s Kim Leadford.