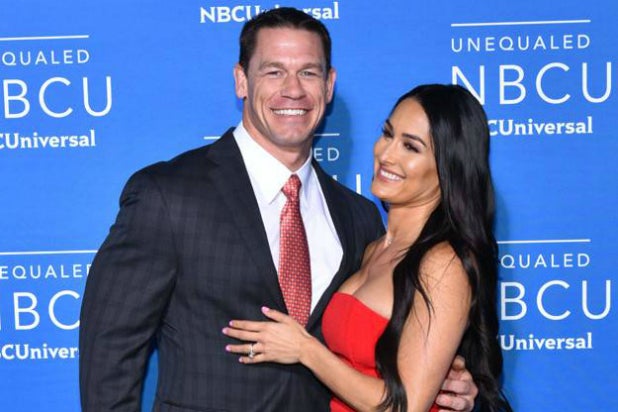 Looks like everybody wanted to see John Cena and Nikki Bella break up. The latest episode of E!’s “Total Bellas” hit a series high in TV ratings and among total viewers.

Those numbers count three days worth of delayed viewing. Now just imagine if they (miraculously) get back together?

With news of the looming split breaking just before Season 3 premiered — and like a week before Cena and Bella were set to get married — this entire run of episodes has seen a 20 percent increase in the main demo. It’s up 14 percent season-to-season in terms of total viewers.

“Total Bellas” airs this Sunday at 9/8c on E! On the new episode, entitled, “Make Up or Break Up,” after some time apart following their split, Nikki is caught off guard and confused by Cena when he drops a life-altering bombshell to try to win her back. Meanwhile, Brie Bella and husband Daniel Bryan pack up their home in Phoenix and leave Birdie with babysitter, Nikki, who is determined to show Brie how to be Supermom.

In case you couldn’t figure it out, that language is all directly from the NBCUniversal cable channel’s tease.