There’s super fans, and then there’s these guys.

Six Czech tourists decided to dress up in “mankinis” and black wigs to emulate Sacha Baron Cohen in “Borat” when on vacation in Astana, Kazakhstan, the Associated Press reported Wednesday. 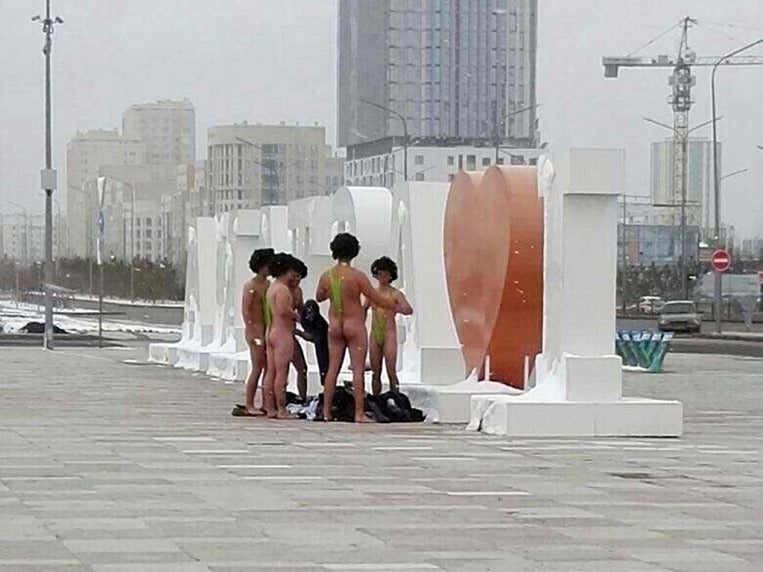 The cosplay (pictured above) didn’t turn out as well as the men might have hoped, however. The tourists’ lime green suits attracted the attention of local police while the group attempted to pose in front of the “I Love Astana” sign for a photo op. They detained, according to reports, and were fined the local equivalent of $68 each for “committing minor hooliganism.” 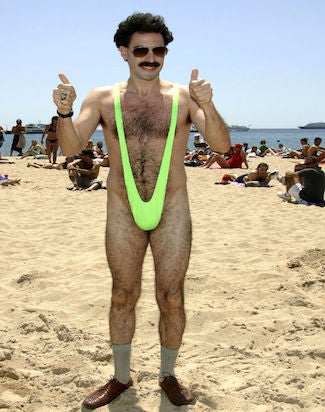