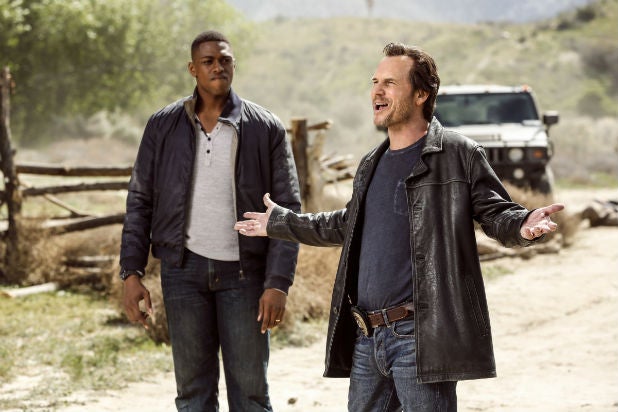 Will Beall, the executive producer and writer of CBS’ “Training Day,” minced no words when it came to describing the experience of working with series star Bill Paxton.

“It’s f—ing unbelievable,” Beall told TheWrap. “All of us grew up quoting the guy’s lines. He is one of the most universally liked actors of his generation. When I told people I was doing this show and they asked me who was in it and I said ‘Bill Paxton,’ they would all say, ‘Oh, I love that guy!'”

The series, based on the Oscar-winning 2001 movie of the same name, is a crime thriller that begins 15 years after the events of the film. It follows an idealistic young police officer (Justin Cornwell) who is appointed to an elite squad of the LAPD where he is partnered with a seasoned, morally ambiguous detective (Paxton).

Beall himself was an LAPD officer for 10 years, with about four of those spent as a detective. Oddly enough, Beall doesn’t credit his law enforcement experience for informing how he writes for this show.

“If anything my experience squandering my youth watching TV and old Westerns especially informs my treatment of the show as much if not more than my previous employment,” he said.