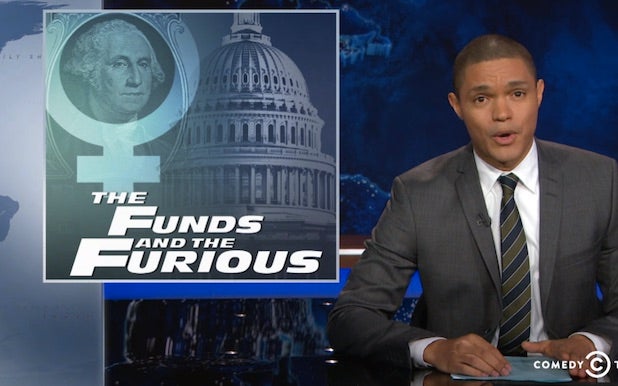 Trevor Noah expressed his confusion on Monday regarding why Republicans are so pro-life when it comes to abortion but not protecting Americans from gun violence.

“What other issue could appeal to those who love life?” The Daily Show host asked sarcastically.

He then played a series of clips from Republican presidential candidates like Jeb Bush and Carly Fiorina dodging the gun issue in response to mass shootings.

“The point is, if pro-lifers would just redirect their powers toward gun violence, the amount of lives they could save would reach superhero levels,” he concluded.

“They just need a superhero’s total dedication to life because right now, they’re more like comic book collectors. Human life only holds value until you take it out of the package and then it’s worth nothing.”