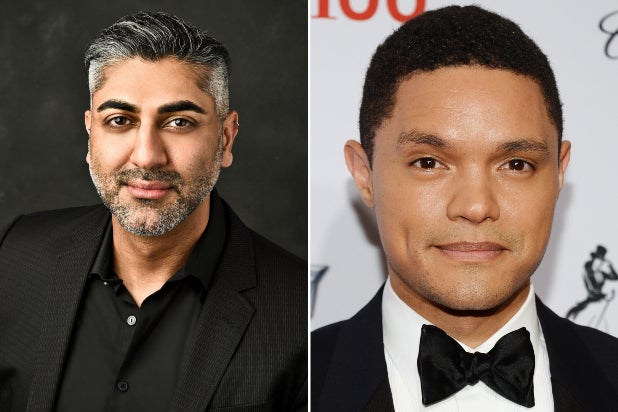 Noah and Viacom launched Day Zero last year, with Viacom gaining a first-look deal for development across TV, films, digital and short-form video fare. As part of the relationship, Paramount Players is adapting a feature film from Noah’s memoir, “Born a Crime: Stories from a South African Childhood,” with Academy Award-winner Lupita Nyong’o attached to star as Noah’s mother, Patricia.

Saleem is based in Los Angeles and will report directly to Noah.

“Trevor is a transformative talent, and it is a privilege to lead the charge with him,” Saleem said in a statement. “It has never felt more necessary to create sophisticated, essential content for our global audience, especially with, and for, marginalized voices. We will be genre-agnostic, with an eye for scripted and unscripted stories across a wide range of media platforms.”

For Red Hour, Saleem oversaw “The Package” for Netflix as well as the upcoming “Friendsgiving” for Endeavor Content. Prior to Red Hour, Saleem had stints working for producer Mark Johnson, Will Smith and James Lassiter’s Overbrook Entertainment and Walden Media, where he had a hand in such projects as “The Chronicles of Narnia,” “The Pursuit of Happiness” and “I Am Legend.”

“I could not be more excited and blessed to have Haroon join Day Zero as president,” Noah added of the company’s first major hire. “His vision, authenticity and brilliance are the perfect attributes to help shape Day Zero into a producer of engaging and original content across all platforms except VHS.”

Noah took over “The Daily Show” from Jon Stewart in 2015, and his current contract extends through 2022.

Heléne Yorke, "The Other Two"