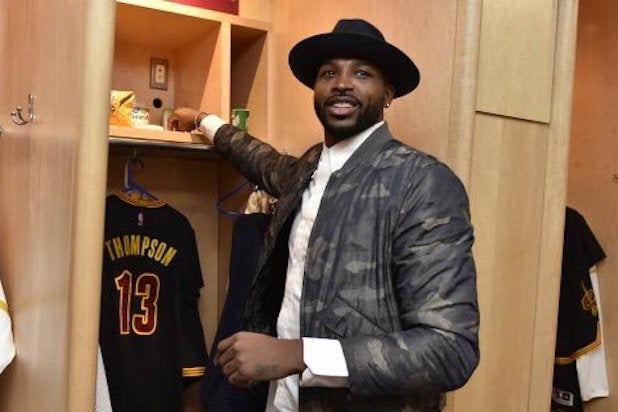 Tristan Thompson thought this weekend’s most talked about horror film, “Get Out,” was one crazy movie… but his social media following thought it was crazier that he didn’t realize he was, basically, living the movie’s storyline.

The Cleveland Cavaliers’ power forward tweeted that “Get Out was one of the craziest movies I’ve ever seen!!!”

Get Out was one of the craziest movies I've ever seen!!!

Thompson’s followers were quick to point out the irony in his tweet by suggesting that the 25-year-old shouldn’t have thought the movie was all too obscure… because it kind of relates to his life.

“I mean, the movie SHOULD feel very familiar…,” said one of his followers alluding to the basketball player’s relationship with Khloe Kardashian.

I mean, the movie SHOULD feel very familiar… RT @RealTristan13: Get Out was one of the craziest movies I’ve ever seen!!! pic.twitter.com/io6CGgMZPK

More people started weighing in on Thompson’s tweet with some even warning the Cavaliers player to “get out” before it’s too late.

“Leave them bro come home my brother,” wrote one person.

“Get Out” is about interracial couple Rose (Allison Williams) and Chris (Daniel Kaluuya), who reach a meet-the-parents stage in their relationship, leaving their metropolis for a country gathering hosted by mom (Catherine Keener) and dad (Bradley Whitford). What starts with an awkward racial encounter quickly turns into something far more sinister as Chris discovers that Rose’s hometown has become tied to the disappearance of several young black men.

You basically living it RT @RealTristan13: Get Out was one of the craziest movies I’ve ever seen!!!

@RealTristan13 time to come on home my brother pic.twitter.com/fMP36dfEul

@RealTristan13 the movie is about you n @kanyewest . Wake up fool!!!!

So you waiting til you get dropped into the sunken place or what? RT @RealTristan13 Get Out was one of the craziest movies I’ve ever seen!!!

@RealTristan13 you see any tea cups?