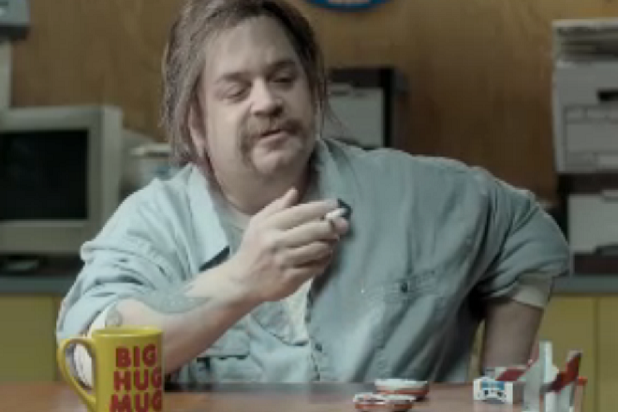 Throw another “True Detective” spoof onto the pile.

Patton Oswalt has become the latest to parody the HBO drama in a promotional video for his upcoming Comedy Central special.

Done up in his finest approximation of Matthew McConaughey‘s Rust Cohle character (spoiler alert: Nobody will mistake Oswalt for McConaughey), Oswalt spiels a bunch of profound-sounding nonsense.

“Somebody told me that tragedy plus comedy equals time,” Oswalt-as-Cohle drawls. “Maybe time is a flat circle. Over here, that’s where comedy is. And over here, it’s us contemplating Florida and frozen dinners and children’s TV shows. And all of it is crushed into a single plane of existence that only exists because we’re imagining it as it happens.”

Watch the promo below: