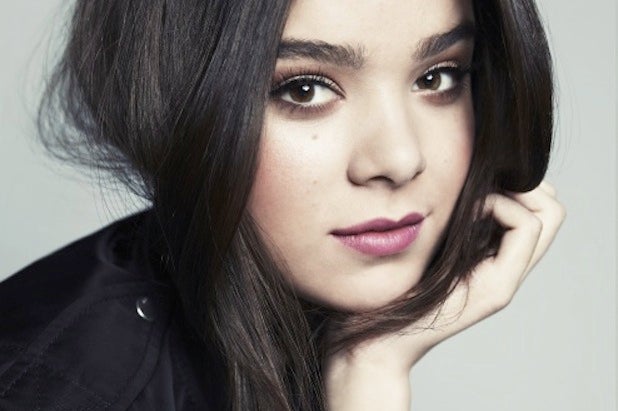 Hot off the crowd-pleasing Toronto hit “Can a Song Save Your Life?,” Oscar-nominated actress Hailee Steinfeld (“True Grit”) has closed a deal to join Vince Vaughn in Universal’s action-thriller “Term Life,” TheWrap has learned.

Peter Billingsley will direct from a script by A.J. Lieberman, who wrote the original graphic novel that he created with Nick Thornborrow.

Vaughn stars as Nick Barrow, who plans and sells heists to the highest bidder but finds himself hunted by mob bosses, contract killers and dirty cops. To help his estranged daughter Cate (Steinfeld), he takes out a life insurance policy on himself with her as the beneficiary — but he has to stay alive for 21 days, and takes his daughter on the run.

Universal’s VP of production Kristin Lowe will oversee the project for the studio.

Also Read: ‘Romeo and Juliet’ Trailer: Hailee Steinfeld Is One Half of the Star-Crossed Lovers in Shakespearean Tragedy (Video)

Steinfeld, who was nominated for an Oscar at the age of 14 for her performance in “True Grit” opposite Jeff Bridges, will soon be seen as the title character in “Romeo & Juliet.” She also co-stars in “Ender’s Game” and John Carney‘s “Can a Song Save Your Life,” which the Weinstein Company acquired in a heated bidding war at the Toronto International Film Festival.