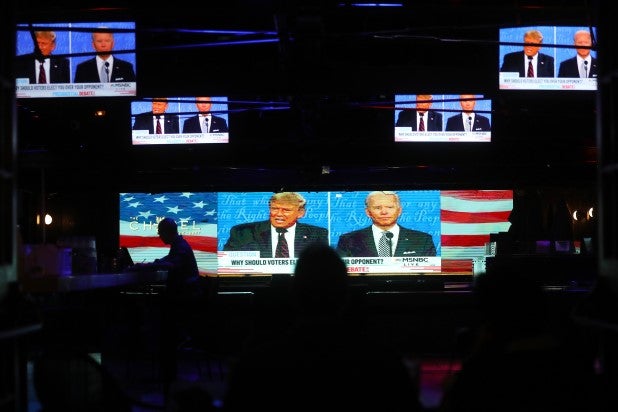 The Trump campaign said the Commission on Presidential Debates should not change debate rules “in the middle of the game,” according to a statement from campaign communications director Tim Murtaugh.

“They’re only doing this because their guy got pummeled last night. President Trump was the dominant force and now Joe Biden is trying to work the refs. They shouldn’t be moving the goalposts and changing the rules in the middle of the game,” Murtaugh said.

Earlier on Wednesday, the CPD said it would add “additional structure” to upcoming debates following Tuesday’s chaotic debate between Trump and Biden.

“Last night’s debate made clear that additional structure should be added to the format of the remaining debates to ensure a more orderly discussion of the issues,” the CPD said in a statement. “The CPD will be carefully considering the changes that it will adopt and will announce those measures shortly.”

The next debate, between vice-presidential candidates Kamala Harris and Mike Pence, is scheduled for next Wednesday. Biden and Trump will meet again for a “town meeting” on Oct. 15 and a third and final debate on Oct. 22.

And here's the Trump campaign's response to the CPD announcement: pic.twitter.com/SPAjClbee0