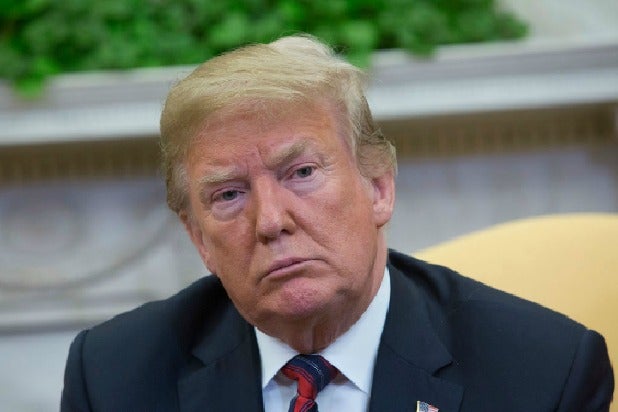 President Donald Trump directed a parting shot at his former attorney Michael Cohen on Wednesday, offering the world some advice for those seeking legal counsel.

“If anyone is looking for a good lawyer, I would strongly suggest that you don’t retain the services of Michael Cohen!” said the president in a tweet.

Trump also tweeted that he felt “very badly” for former campaign manager Paul Manafort, and said that he had “respect for a brave man!”

If anyone is looking for a good lawyer, I would strongly suggest that you don’t retain the services of Michael Cohen!

I feel very badly for Paul Manafort and his wonderful family. “Justice” took a 12 year old tax case, among other things, applied tremendous pressure on him and, unlike Michael Cohen, he refused to “break” – make up stories in order to get a “deal.” Such respect for a brave man!

The Trump attack comes less than a day after Cohen pleaded guilty to eight criminal counts of tax fraud and campaign finance violations in a plea deal with federal prosecutors to avoid further charges.

Cohen also implicated his former boss in a scheme to deliver hush money to both Stormy Daniels and Karen McDougal in what prosecutors described as an illegal campaign contribution “at the direction of a candidate for federal office.”

Both women have claimed the money was intended to silence them from speaking about an affair they said they had with Trump. The president has denied any accusations of impropriety.

The Cohen-Trump split is remarkable as the attorney was once the president’s most loyal associates. During the campaign, Cohen told Vanity Fair he would “take a bullet” for him.

In addition to Cohen’s plea bargain, a Virginia jury also found former Trump campaign chairman Paul Manafort guilty of eight counts of fraud charges, stemming from his time as a campaign consultant in Eastern Europe. Both decisions are huge blows to Trump and suggest that the special counsel probe into Russian collusion has become an examination of the actions of the president and his closest associates.