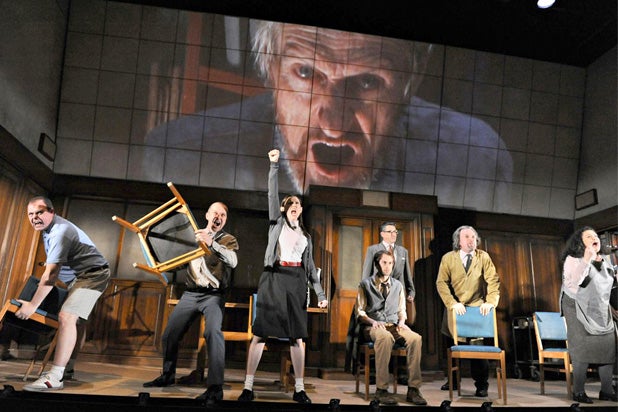 George Orwell’s “Nineteen Eighty-Four” has returned to the top of the best-seller lists, and now a new adaptation of the 1949 dystopian classic is bound for Broadway.

Sonia Friedman and Scott Rudin announced Thursday they will be producing Robert Icke and Duncan Macmillan’s “1984,” which has had four acclaimed runs in the U.K. at Headlong, Nottingham Playhouse, and the Almeida Theatre, London.

The production, which relies on video projections to re-create Orwell’s ominous “Big Brother,” will open on June 22, 2017 at the Hudson Theatre.

Like the novel, the play is set in a dystopian future where critical thought is suppressed under a totalitarian regime.