Donald Trump continued to taunt his former presidential rival in a Sunday morning tweet storm, retweeting an online meme that suggested a golf ball hit by the president made Hillary Clinton fall to the ground.

The short video — posted by a New Yorker named Mike with the charming handle @Fuctupmind — cobbled together two different clips, one of a blazer-wearing Trump striking a golf ball and a second of footage from January 2011 when then-Secretary of State Clinton tripped and fell when stepping inside an airplane.

“Donald Trump’s amazing golf swing,” Mike noted of the edited clip, which also added a golf ball-sized object hitting Clinton in the back before her stumble.

It’s unclear why the president would choose this moment to mock Clinton, whom he defeated in the presidential election last November. But the move comes as the Democrat has been back in the news promoting her memoir about her loss, “What Happened.”

The president’s Sunday morning Twitter storm has also included a puzzling tweet about a conversation with South Korean President Moon Jae-in in which Trump said he “asked him how Rocket Man is doing.”

That’s an apparent reference to Kim Jong-un, the North Korean dictator who has been escalating its nuclear ambitions with a series of missile launches and bomb tests that have led to condemnations from neighbors as well as the UN security council — which has stepped up sanctions in recent weeks. 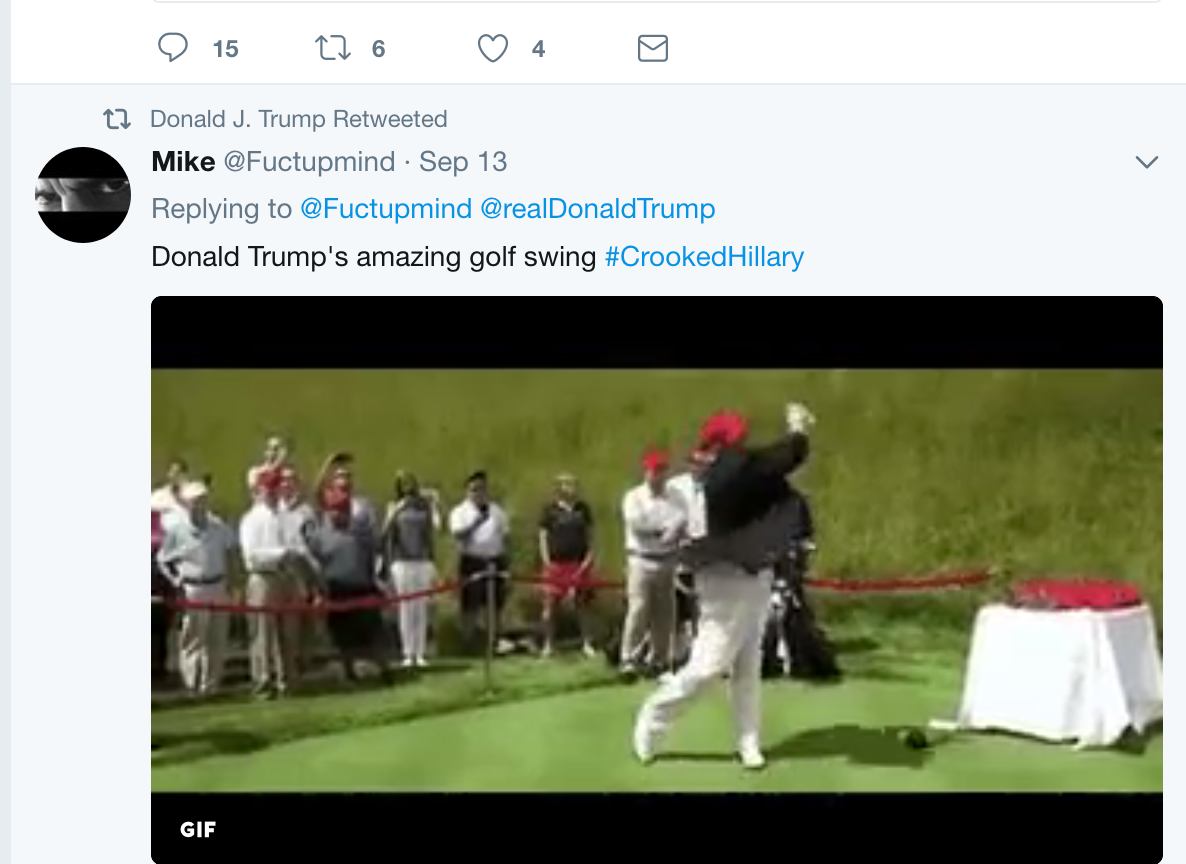