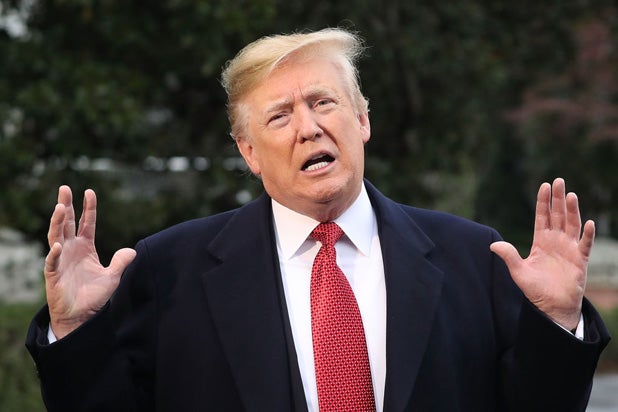 President Donald Trump once again defended his conduct in the sprawling Special Counsel investigation into whether his presidential campaign colluded with the Russian government in a pair of tweets Monday, but thanks to a typo, his comments were trending for all the wrong reasons.

Even in a post-covfefe world, the typo at the crux of his defense led to a lot of chuckling online. While Trump frequently deletes his most egregious Twitter misspellings, the “smocking gun” post remained live after two hours on Monday.

“I figured out what Trump was saying when he typed #SmockingGun, thanks to Google Translate,” said NBC political analyst Anand Giridharadas, who jokingly suggested the expression might be Russian.

And it pretty much went from there.

I figured out what Trump was saying when he typed #SmockingGun, thanks to Google Translate. pic.twitter.com/yBWzZK2LFa

As they say, “Don’t take a knife to a #SmockingGun fight”

“There was NO COLLUSION,” Trump continued in his tweet. “So now the Dems go to a simple private transaction, wrongly call it a campaign contribution.” Prosecutors, however, have said that Trump attorney/fixer Michael Cohen violated campaign finance laws by making the payments just days before the 2016 election to Stormy Daniels in exchange for her silence about an alleged sexual affair with Trump. The president has publicly denied any sexual relationship between the two.

After at first denying he had any role in supplying the money, Trump attorney Rudy Giuliani admitted on Fox News in May that Trump had indeed reimbursed his Cohen for the expenditure.