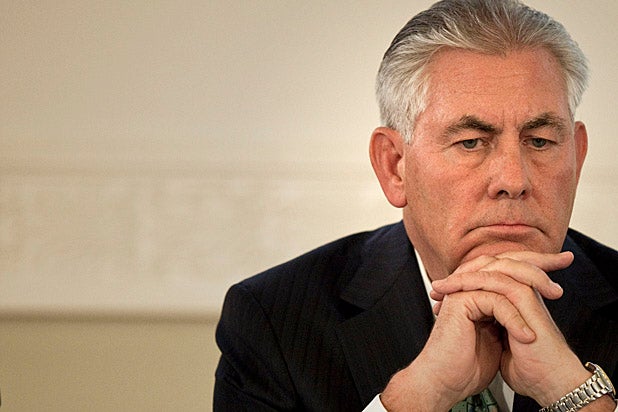 The choice was made despite disapproval by critics over Tillerson’s close ties with Russia, President Vladimir Putin and his government.

Following speculation that the president-elect was going to offer the position to former rival Mitt Romney, he is now expected to officially name Tillerson on Tuesday morning.

Republicans on the Senate Foreign Relations Committee are torn over Tillerman, according to The Hill, with Sen. Bob Corker calling him an “impressive individual,” and Sen. Marco Rubio saying that being “‘a friend of Vladimir’ is not an attribute I am hoping for from” the next secretary of state.

The 64-year-old businessman from Wichita Falls, Texas, joined Exxon in 1975 as a production engineer. He rose up the ranks of the company, and in 2011, on behalf of ExxonMobil, Tillerson signed an agreement with Russia for drilling in the Arctic that could be valued up to $300 billion.

In 2013, he was awarded the Order of Friendship by Putin.

According to the Associated Press, Trump chose Tillerson because he was drawn to the prospect of having an international businessman serve as the nation’s top diplomat.

The president-elect also denied the CIA’s claims that Russia interfered with the presidential election in his favor.

“I think it’s ridiculous,” Trump said. “I don’t believe it. I don’t know why and I think it’s just, you know, they talked about all sorts of things. Every week it’s another excuse. We had a massive landslide victory, as you know, in the Electoral College … No I don’t believe that at all.”