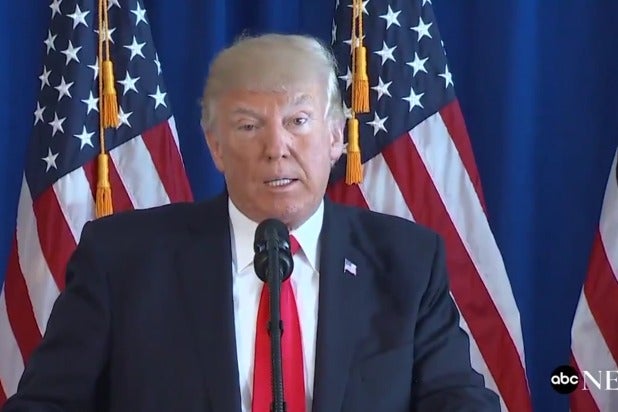 A month after announcing his intention to ban transgender people from serving in the United States military forces, President Trump is close to ordering the Pentagon to enact the ban.

The Wall Street Journal reports Wednesday that, potentially as soon as this week, Trump will send a 2½-page memo to Defense Secretary Jim Mattis outlining implementation of the policy.

According to unnamed U.S. Officials cited by the Wall Street Journal, the ban will not only forbid new enlistment of transgender people, it will also allow the military to kick out transgender people who are currently enlisted.

Among the provisions, the memo:

Orders the Pentagon to deny transgender recruits from joining the military;

Orders the cessation of all spending on medical treatment regimens for currently-serving Transgender service members;

Instructs Secretary mattis to consider a service member’s “‘deployability,’ the ability to serve in a war zone, participate in exercises or live for months on a ship,” as the “primary legal means” of deciding whether to discharge transgender service personnel. No details as to how “deployability” would be determined are known currently.

Trump announced the policy on July 26 in a series of morning tweets, sparking massive outrage from accross the political spectrum. Even members of the Republican Party, including John McCain, spoke out against the proposal in the following days.

At the time, Trump claimed that he had reached the decision to band transgender service members “in any capacity” after “consultation with my generals and military experts.” However, multiple news reports held that the announcement took the Pentagon by surprise, and that Mattis himself was only told the night before.

On July 27, Gen. Joseph Dunford, the chairman of the Joint Chiefs of Staff, was forced to clarify that the policy will not change until the White House sends the Defense Department a rules change and the secretary of defense issues new guidelines. It appears that time is at hand.