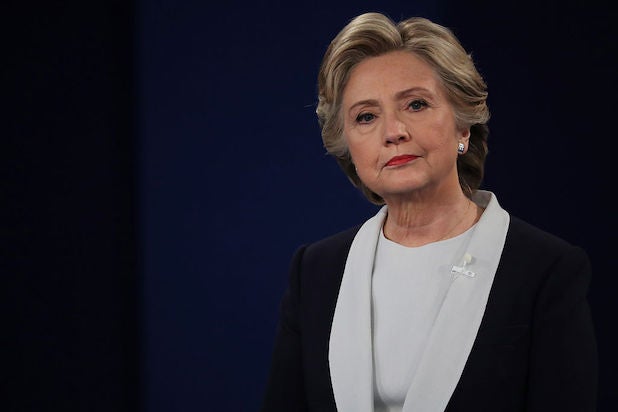 Trump surrogate Betsy McCaughey criticized Hillary Clinton for being a hypocrite because she likes Beyonce, a woman who uses explicit language in her songs.

“I abhor lewd and bawdy language,” McCaughey said on CNN Tonight on Monday, while discussing the lewd comments that Donald Trump made to Billy Bush in an “Access Hollywood” video from 2005. “I don’t listen to rap music. I don’t like that kind of thing.”

She then continued, “Hillary Clinton expresses that she finds the language on that bus horrific, but in fact she likes language like this: ‘I came to slay b—-, when he f— me good, I take his ass to Red Lobster.'”

She added, “That happens to be a line from Beyoncé, her favorite performer, whom she says she idolizes and would like to imitate. … There’s a lot of hypocrisy of Hillary Clinton expressing such horror.”

While McCaughey made her point, Don Lemon interrupted and stated, “I don’t think anybody likes that, but those people are not running for president.”

Yes, Clinton does like Beyonce. During an appearance on “The Ellen DeGeneres Show” in May, she said, “I have seen parts of [‘Lemonade’] and I do like it.”

On Friday, a video surfaced in which Trump boasted about kissing, groping and having sex with women, saying that “when you’re a star, they let you do anything.”

During the second presidential debate on Sunday, Trump apologized for the controversy but added that “certainly, this is locker room talk.”

At the end of the CNN Tonight video, Lemon added that a point has to be made about McCaughey’s criticism: “Hillary Clinton did not say those words — Donald Trump actually said the words.”

"All that, and a @Beyonce reference," said @donlemon. Here's the @Betsy_McCaughey moment our host was referencing https://t.co/n1xzb7QtJZ