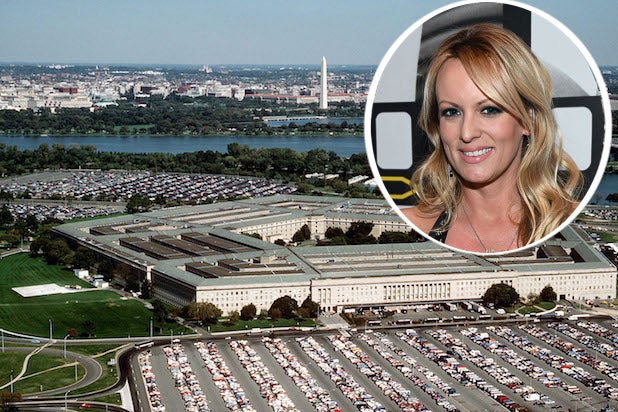 “Among other things, the policies set forth by the Secretary of Defense state that transgender persons with a history of diagnosis of gender dysphoria — individuals who the policies state may require substantial medical treatment, including medications and surgery — are disqualified from military service except under certain limited circumstances,” the president wrote in a memorandum released to the public.

The news came late on Friday night, traditionally a dumping ground for news people hope will be quickly forgotten. But cynics noted this announcement comes ahead of Sunday night’s “60 Minutes” interview with adult film star Stormy Daniels (whose real name is Stephanie Clifford). Her attorney, Michael Avenatti, has teased that his client is sitting on a secret regarding the sexual relationship the actress says she had with Trump.

Here’s just a small sampling of the naysayers:

Please don’t give this wings! Been here done ??” this already! He @POTUS pulls out the oldies but goodies as DISTRACTIONS! @AMarch4OurLives @StormyDaniels #Mueller @WhiteHouse #TrashFire @MichaelAvenatti

Do I see a stormy Daniels caustic and cruel trump distraction here? This man is HORRIBLE! He did this AGAINST Mattis’s wishes just because he’s PISSED that Fox News is PISSED that he signed that funding bill today!

It’s going to be a Stormy weekend!
Or is it infrastructure week?

There’s no distraction that will stop stormy

Deflection. It’s going to get worse – we have 48 hours to go.