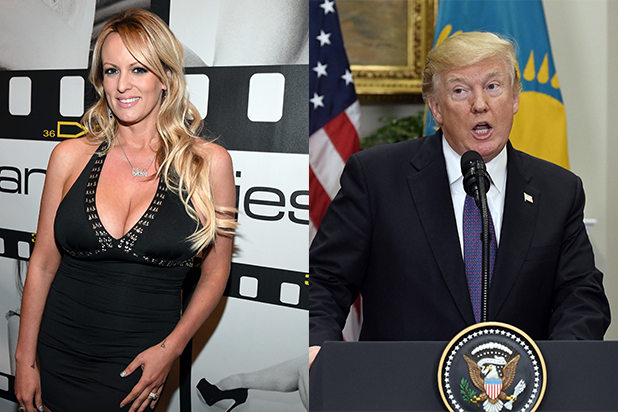 Stormy Daniels said that President Donald Trump would’ve helped her cheat on “The Apprentice,” according to excerpts from her upcoming tell-all memoir, “Full Disclosure” released Tuesday.

“We’ll figure out a way to get you the challenges beforehand,” she quotes him as saying, according to a Guardian report. “And we can devise your technique.”

Daniels wrote that the only reason she continued to answer his phone calls over for a year following her alleged relationship with Trump after meeting at a celebrity golf tournament in Lake Tahoe in 2006, was the hope that Trump would back up his promise to get her on “The Apprentice.” Daniels also says that the media mogul suggested that he might be able to help her go further in the competition by underhanded means.

“He was going to have me cheat, and it was 100 percent his idea,” Daniels, whose real name is Stephanie Clifford, said.

That wasn’t the only revelation to come from “Full Disclosure,” however. Daniels also wrote that Trump “doesn’t even want to be president,” and that he appeared to try to help his former 2016 presidential opponent Hillary Clinton when she was running against former President Barack Obama during the 2008 Democratic primary … while also watching Shark Week.

“Even while he was on the phone with Hillary, his attention kept going back to the sharks,” Daniels said.

Daniels’ excerpt is also the reason that Mario Kart was trending Tuesday morning, which you can see why here if you have the stomach for it.

Read the full story in The Guardian here.