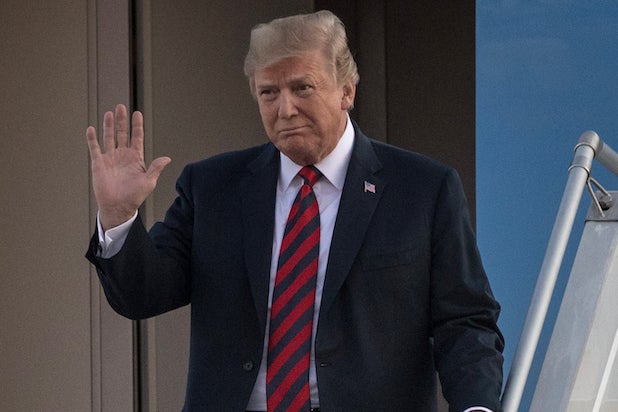 Angelenos are bracing for a possible traffic “Trumpaggedon,” as the president makes his way to  Southern California — his third visit to the state since taking office.

After passing through Calexico late Friday morning to the country’s southern border, Trump will be heading up to Los Angeles for a glitzy 2020 fundraiser. Air Force One will touch down around 3:15  p.m. at LAX, which means heavy traffic for commuters.

Tickets to the Beverly Hills event are going for $15,000 for dinner, $50,000 for a photo with the president and $150,000 for a chance to take part in a roundtable discussion during the event, according to an invitation obtained by City News Service. TMZ reported the event will take place at the home of nursing care businessman Lee Samson.

Here are the road closures per the Los Angeles Police Department:

CLOSURES / RESTRICTIONS (no bus routes impacted by the hard closures)

Sunset Blvd. between Foothill Rd. and Hillcrest Rd. will be closed from 1-7 p.m.

Foothill, Elm and Maple Drives will be closed between Sunset Blvd. and Elevado Ave. from 1-7 p.m.

Trump’s visit to ultra-liberal Hollywood is seen as a sort of vindication by industry conservatives, after Attorney General Bill Barr said that Special Counsel Robert Mueller’s Russia investigation found no collusion between the Kremlin and the Trump campaign.