Sony Pictures Classics has released the first trailer for James Vanderbilt’s directorial debut “Truth,” which examines the story behind the “Rathergate” scandal that reared its ugly head in 2010.

Robert Redford plays veteran CBS newsman Dan Rather, while Cate Blanchett stars as his award-winning “60 Minutes” producer Mary Mapes. Rather stepped down from his anchor post after a controversial report on George W. Bush’s service record threatened to derail his career.

Topher Grace, Elisabeth Moss and Dennis Quaid co-star as the researchers behind the story, and they’re joined by Bruce Greenwood, Stacy Keach and David Lyons.

The film is based on Mapes’ book “Truth and Duty” and has drawn comparisons to “All the Presidents Men” and “The Insider,” the latter of which also focused on CBS News.

“Truth” debuted at the Toronto International Film Festival and Sony Classics will give the journalism drama a limited release in New York and Los Angeles on Oct. 16 before expanding to additional cities.

Watch the trailer above and let us know what you think in the comments section below. 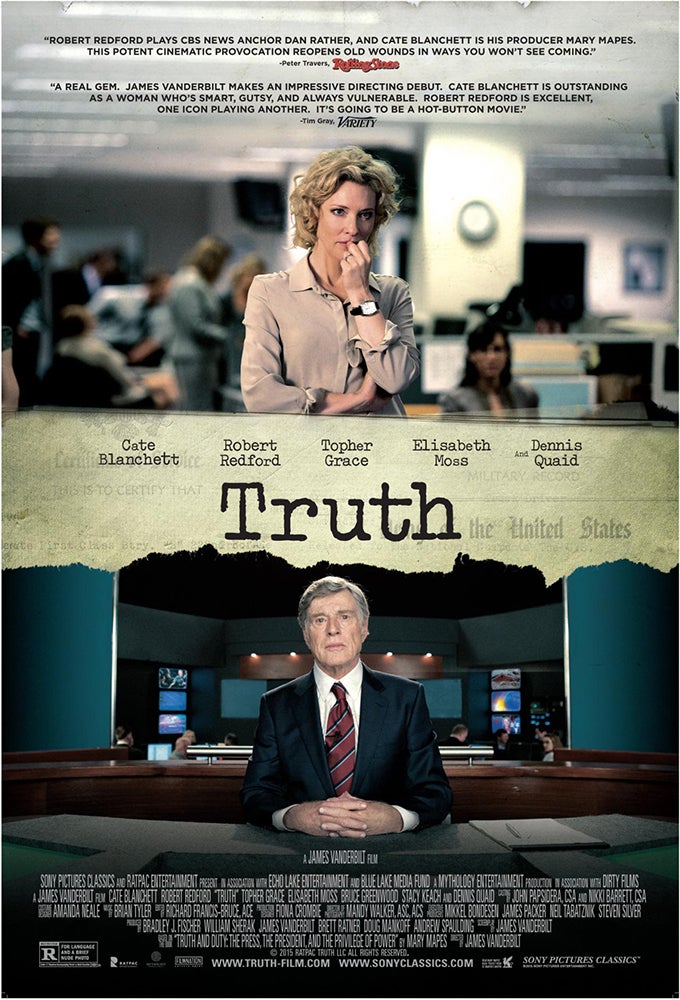