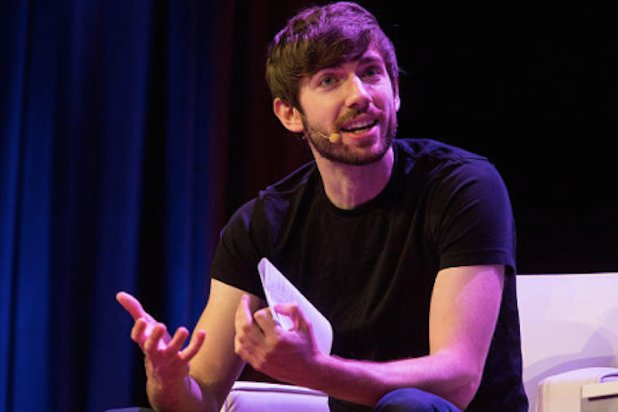 Tumblr founder and Chief Exec David Karp is leaving the company at the end of the year, more than a decade after starting the trailblazing blogging platform and selling it to Yahoo for $1.1 billion in the meantime.

Karp announced his decision in an email to employees, and later shared on his personal Tumblr page. The move was “overwhelming,” Karp said, but he was confident he was leaving the company in “better hands than my own.” Karp said he’ll be replaced by Jeff D’Onofrio, the company’s president and COO.

“I beg you to understand that my decision comes after months of reflection on my personal ambitions, and at no cost to my hopefulness for Tumblr’s future or the impact I know it can have,” added Karp.

Tumblr fell under the new Oath banner after AOL and Yahoo merged earlier this year. Oath confirmed Karp’s departure in a statement to TheWrap.

“David Karp will depart Oath by the end of the year. David founded Tumblr ten years ago as a space for the world’s creators, and we thank him for his commitment and passion driving the growth of the platform to almost 380 million blogs and over 155 billion posts,” said Tumblr in its statement.
Tumblr made its lasting mark on the internet with its combination of short-form blogging and picture-heavy sharing that made it a staple for millions of users. The platform also became synonymous with GIFs and helped spread their popularity. But the company has lost steam in recent years: its average posts per day falling from about 120 million in 2013 to about 35 million in 2017, and monetization questions have continued to plague its business.

The 31-year-old native of New York didn’t announce his next move.