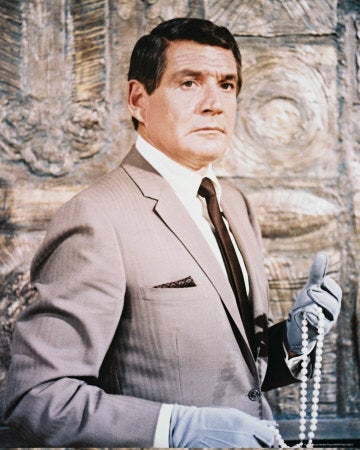 Elegant, impeccably dressed, Gene Barry, who died on Wednesday, always brought a touch of class to his many television and stage roles. The veteran actor died of unknown causes at a Los Angeles retirement home, according to his son, Fredric James Barry. He was 90.

In a career that spanned over six decades, Barry came to fame as the star of the television series "Bat Masterson" (1958-61) and "Burke’s Law" (1963-65) and later originated the role of Georges on Broadway in the hit musical "La Cage aux Folles."

Among Barry’s numerous credits were a starring role as a magazine publisher in the NBC series "The Name of the Game" (1968-71), a recurring part on "Our Miss Brooks" (1955-56), notable guest appearances on "Perry Mason" and "Columbo," and the lead in the Broadway play "The Perfect Setup" in 1962.