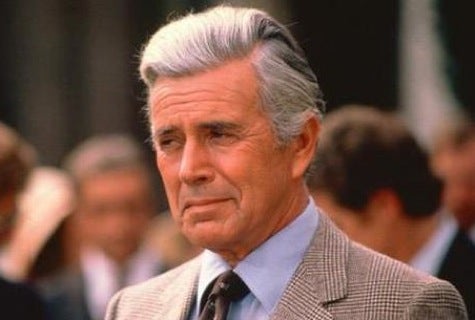 Television star John Forsythe, who brought an urbane grace and wit to memorable roles on "Dynasty" and as the voice of "Charlie’s Angels" boss Charles Townsend, has died. He was 92. 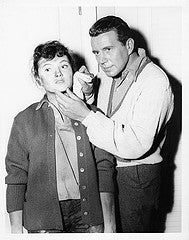 Forsythe died of complications from pneumonia, his publicist Harlan Boll confirmed on Friday.

He had been battling colon cancer for some time.

In a career that spanned more than three decades, Forsythe first came to prominence as the playboy father on "Bachelor Father," which aired on CBS from 1957 to 1962.

Forsythe, or rather his disembodied voice, resurfaced on "Charlie’s Angels," the popular crime drama that ran on ABC from 1976 to 1981. Though never seen, Forsythe’s private investigator Townsend could be heard over the speaker phone each week doling out instructions to the beautiful Angels.

But it was as patriarch Blake Carrington on "Dynasty" that Forsythe created his defining role. He was a last-minute replacement for George Peppard, but ABC’s top-rated 1980s primetime soap opera expertly capitalized on the menace underlying the actor’s leonine good looks and sophisticated veneer.

For playing the conniving Carrington, Forsythe was nominated three times for an Emmy Award. 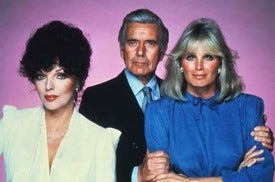 A graduate of the Actors Studio, where he studied alongside such acting legends as Marlon Brando and Julie Harris in the 1940s, he appeared on Broadway in "Mister Rogers" and "The Teahouse of August Moon" before hitting Hollywood.

Though television remained the source of his most enduring successes, the regal-looking actor with a voice that dripped class did appear in a few notable big-screen roles.

Working with Alfred Hitchcock, he played a CIA agent in 1969’s "Topaz" and starred in the Master of Macabre’s 1955 black comedy "The Trouble With Harry." The latter film effectively killed his chances of being a big-screen leading man when it bombed at the box office.