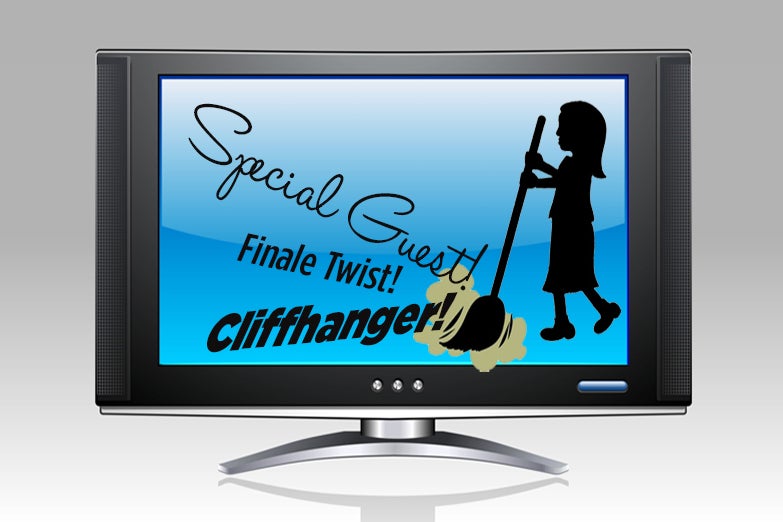 In a changing television landscape, sweeps periods aren’t as high stakes as they used to be.

But, you wouldn’t know that by, well, watching TV. Even the most casual TV viewer is aware of when a television sweeps period is underway, even if they don’t realize it. Suddenly, prominent guest stars start popping up on their favorite TV shows. Series break out jaw-dropping storylines. Maybe a trio of Dick Wolf shows get the mash-up treatment.

Yet, even among savvier observers of the small screen, the plain truth of TV sweeps isn’t apparent: They’ve become largely irrelevant, and grow more so every year.

With this year’s November sweeps in full swing — complete with all the usual stunty programming gimmicks — TheWrap spoke to multiple experts about the four-times-yearly ritual. The sentiment was unanimous: TV sweeps aren’t the big deal that they used to be, from both an advertising and programming perspective.

For decades, Nielsen has conducted sweeps, during which they process weekly diaries from viewers for the months of November, February, May and July. That data is then used to determine advertising rates for local stations. In support of their affiliates, networks offer special programming to goose the local channels’ ratings for those months. For four months a year, original programming abounds, repeats are avoided like the plague, and programming gimmicks reign.

But in recent years, sweeps have come to matter less and less, to networks, affiliates and advertisers alike.

Darcy Bowe, vice president and media director for media planning company Starcom MediaVest Group, puts part of the blame for the sweeps’ waning influence on modern viewing habits such as time-shifted and on-demand viewing. With audiences watching content when and where they want, it matters less and less what a sample audience is watching during specific times of the year.

“In a world of always-on and on-demand content and viewers watching here, there and everywhere, from a national perspective it’s just not as important of a phenomenon as it once was,” Bowe noted.

Another factor in the erosion of sweeps periods’ relevance: The networks’ move toward year-round programming. Where networks used to emphasize original programming during sweeps periods and fill in the gaps around them with repeats, these days the networks are airing original content throughout the year, softening the sweeps’ impact.

“[The networks] don’t have the same luxury of scheduling repeats because there’s so much competition in the marketplace that if they take too many weeks off with repeats, they’re just going to get crushed,” Tim Hill, senior vice president and group partner of integrated investment at media company Universal McCann told TheWrap. “You’re rotating in original programming at all times during the year, not just holding your original episodes for only sweeps periods.”

Hill added that media companies are less inclined to specifically focus their advertising efforts on sweeps periods than they were in years past.

“I think there was definitely a time when, from a planning process, we were planning weight [the measure of advertising support for a brand expressed in television promotion] around sweeps and saying, ‘OK, we’re going to capitalize on the sweeps periods for our clients.’ We’re now in a place where we’re taking the business needs of the client first, and if sweeps is around that period, we’ll program and we’ll buy that.”

While affiliates have the most to gain — or lose — from sweeps periods, as they help to set their advertising rates, on the local level sweeps are fading into irrelevance too. More sophisticated and immediate measuring systems have become available in all but the smaller markets, which are still more likely to rely on diaries for viewership data.

“I think when the Top 25 markets all got local people meters and were measured the same way the networks are measured, where you get next-day results with demographic ratings, it put less of an emphasis on the sweeps,” Brad Adgate, senior vice president of research for Horizon Media told TheWrap. “The Top 25 markets are roughly half of the country, and even more than that in the percentage of where local TV revenue goes.”

Also read: Hollywood Hunts 'Alex From Target': The Perks and Pitfalls of Insta-Fame

Sweeps, Adgate added, “kind of got de-emphasized in the past 10 years.”

While this year’s November sweeps have seen a fair amount of programming gimmicks, both Hill and Adgate see a decline in stunt casting and other traditional sweeps tricks.

“I don’t see them doing as much stunty stuff as what they might have done in the past,” Hill said.

“I think there’s less programming stunts,” Adgate agreed. He also cited more subtle programming signs that sweeps’ influence is on the wane, such as low-rated shows like “Bad Judge” and “A to Z” being kept on the schedule during November sweeps, when they would have been preempted in years past.

Also read: Katherine Heigl’s ‘State of Affairs': Why Networks Are in Love With Power Women Shows

“You’re seeing just mild changes like that — you know, ‘Saturday Night Live’ was a rerun last Saturday. It was a little surprising to see that.”

Still, while sweeps are of less and less importance, they aren’t likely to fade into complete irrelevance anytime soon. For one thing, certain institutional programs — awards shows, the Super Bowl, the Olympics — are firmly cemented into the sweeps schedule. And, as Adgate noted, the more detailed diaries are capable of yielding more granular data than their rival measuring systems.

Besides, as antiquated as diaries might seem, Nielsen has to find something to replace them with. Big-market influence aside, Adgate pointed out that “30 percent of the country is still diary-only.”

“Until they come up with a way to measure all the stations all the time — which I think is going to come — I don’t see sweeps going away just yet.”