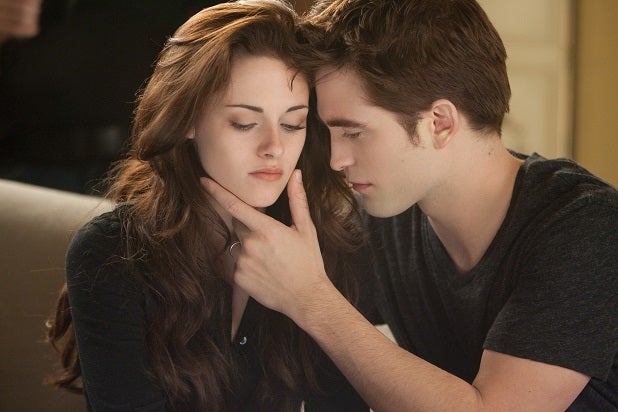 “Twilight” author Stephanie Meyer has released a new version of her smash hit vampire romance novel that swaps the genders of main characters Edward and Bella.

In the new version, titled “Life and Death: Twilight Reimagined,” Bella becomes a moody boy named Beau, Edward becomes a female vampire named Edythe, and werewolf Jacob becomes Julie. Meyer said she made the switch because she didn’t like people referring to Bella as a damsel in distress.

“It’s always bothered me a little bit because anyone surrounded by superheroes is going to be … in distress. We don’t have the powers,” she said. “I thought, ‘What if we switched it around a bit and see how a boy does,’ and, you know, it’s about the same.”

“I wonder if it will change how people look at Bella a little bit, to see her as him,” she continued. “I do feel like it’s really very much the same thing so I guess my hope is that maybe the younger readers will be reintroduced because a lot of my readers, you know, they’re all 10 years older now and so there’s a whole new generation.”

Meyer also said the gender swapped story was only supposed to be a couple chapters originally, but it turned into over 400 pages after she found it easy to write. The cover of the novel, which originally featured a pair of hands holding a red apple, now features hands holding a green apple instead.

However, Meyer went on to say that she does not see this new version of the story becoming a feature film, like the other four novels in the series. “I don’t really see that happening and a lot of the people I’d put in it would be like Grace Kelly so it’s a little too late for some of my first choices.”

The tenth anniversary edition of “Twilight” is available in bookstores and online retailers beginning today.

From the "Fifty Shades of Grey" board game to a truly scary bit of "Twilight" merchandise, TheWrap has all of your holiday shopping needs covered

'Game of Thrones' Iron Throne Replica: Yes, at $30,000, it's an extravagance. But what better way to let the man in your life know that his home is his castle than this lifesize replica of the Iron Throne from HBO's "Game of Thrones"? Hopefully, he won't lose his head over the whole thing.