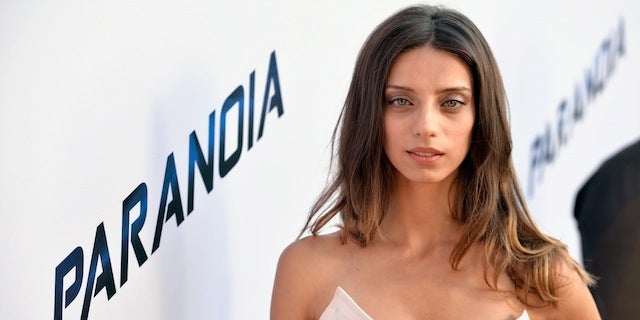 Angela Sarafyan, who played Tia in the final "Twilight" movie and has "Paranoia" opening this week, is the latest rising star to join the cast of Max Landis' directorial debut "Me Him Her," TheWrap has learned.

In the words of Landis, who wrote "Chronicle" and "Frankenstein" for Fox, the indie comedy is "deeply personal, and at its most basic level, a generational story about relationships and identity."

Sarafyan will play a character named Heather Frost, who Landis has described as the antagonist of the film.

Big Beach co-founders Peter Saraf and Marc Turtletaub are producing “Me Him Her,” which is currently filming in Los Angeles. Protagonist Pictures is handling foreign sales.

Also Read: Cannes: Critics All Over the Map on James Gray's 'Immigrant' but Love Marion Cotillard

Sarafyan is a striking beauty who plays Lucas Till's love interest in "Paranoia," which Relativity opens Friday on nearly 2,500 screens. She recently filmed the NBC pilot "I Am Victor" with John Stamos and will soon be seen as Marion Cotillard's sister in James Gray's "The Immigrant."