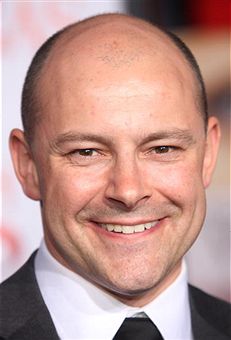 Greene will play a rebellious high-school teenager, but despite what all you "Twilight" fans would believe, the real casting coup here is Corddry, who many are anointing the next Zach Galifianakis on the strength of his hilarious performance in the fairly ridiculous gross-out comedy "Hot Tub."

I’m sure Corddry has seen a ton of scripts come his way in the wake of "Hot Tub’s" success, and it’s a testament to Jason Micallef’s highly regarded (i.e. it landed near the top of the famed Black List) screenplay that Corddry chose his from the pile.

The Iowa-set story follows a master butter sculptor (Burrell) who steps aside to see his wife (Garner) challenge for the championship against a young girl (Yara Shahidi of "Imagine That," "Salt"). The story mirrors the 2008 Presidential Primary battle between Barack Obama and Hillary Clinton..

The one thing I question about this project is its tone. Risky Business calls it a "comedy." The L.A. Times calls it an "offbeat dramedy." Micallef says he set out to write a "political satire," according to Vulture. I don’t know who to believe! 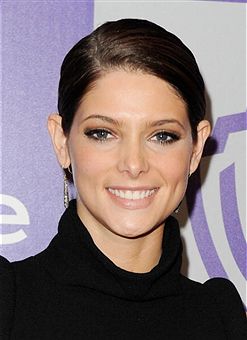 If the film turns out to be the latter, it would be a return to political comedy for Corddry, who is a veteran of "The Daily Show" and … Oliver Stone’s "W.," in which he played Ari Fleischer. He next appears as a naive Midwestern salesman in Miguel Arteta’s "Cedar Rapids" opposite fellow "Daily Show" veteran Ed Helms.

Corddry has grown on me over the years. Initially, I’ll confess, I was not a big fan. I could barely watch "Blackballed: The Bobby Dukes Story." I didn’t care much for his segment in David Wain’s "The Ten." I didn’t like his Fox sitcom "The Winner." I thought he was one-note (creepy) in "Semi-Pro."

But between his lovable Hater in "What Happens in Vegas" and his wacky turn in "Harold & Kumar Escape from Guantanamo Bay" and "W." and his episode of "Party Down" and his "Hot Tub" shenanigans, I gotta admit, I find myself liking him more and more.

As for the Galifianakis comparisons, it turns out that both actors star in a movie called "Operation Endgame" which comes out sometime in the third quarter (barely — it’s an Anchor Bay release) that could be something special.

The story follows an organization of assassins who are split into two teams who turn on each other in the workplace using only office supplies when their leaders are murdered.

Ironically, it was the first screenplay I ever wrote coverage for in Hollywood, and I gave Brian Watanabe’s script (then titled "Rogues Gallery") a "consider." My boss at the time basically told me I was supposed to "pass" on most scripts, considering only the great ones and recommending only the very best, but I believed in that project (after all, it’s a Richard Kelly production) and stood by my "consider."

As for Greene, she recently wrapped the thriller "The Apparition" and will next be seen by every Robert Pattinson-crushing teenage girl in the country this June in "The Twilight Saga: Eclipse."