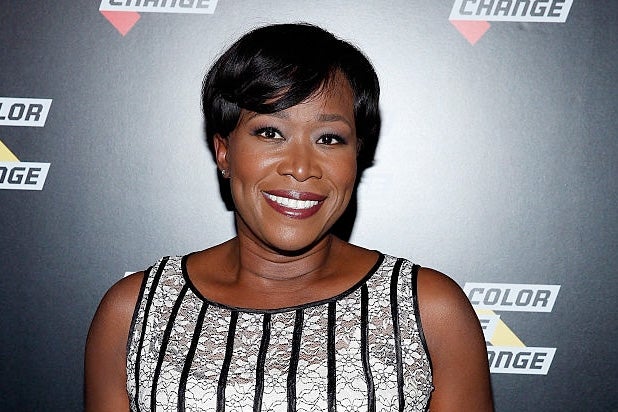 MSNBC haters celebrated news yesterday that the network would be canceling “AMJoy.” The show and its host Joy Reid has racked up no shortage of detractors over the years.

The only problem — it wasn’t true.

The fake news spread as a result of this tweet from “Wired Sources,” which cited TVNewser.

The Twitter account, which was launched in August 2017 and promotes itself as “your trusted source for news and politics,” turned out to be not all that trustworthy.

Wired Sources issued a correction a short time later revealing that they had mistaken a TVNewser report about Reid’s former MSNBC show “The Reid Report” which was indeed canceled in 2015.

CORRECTION: Reports that MSNBC cancelled Joy Reid’s show was based on an article from 2015.

A spokesperson for MSNBC did not immediately respond to request for comment from TheWrap about the matter.

The charge was led by Kathleen Willey and Juanita Broaddrick, who are both known for their accusations of sexual assault against President Bill Clinton.

Happy Day! Joy Reid, the liar, has been canceled from MSNBC. Care to celebrate with me, Juanita and Paula? Where is that public apology, Joy? We're still waiting after your outrageous lies about us.

THERE IS A GOD!! ????????MSNBC Cancels Joy Reid's Show – Breitbart https://t.co/8WUkhwtKQS via @BreitbartNews

Joy Reid makes homophobic slurs and still has a job…well she got canceled bc she sucks but she has a weekend show…why? https://t.co/Edk84mvMdh

Didn't Joy Reid's show get canceled? Maybe if she got her facts right it wouldn't have been. For example immigration reform nothing to do with skin color, the travel ban is a terrorist ban. Why is that so hard to understand. And playing the trumpet is not a religion. https://t.co/Ib4Srr8UM9

Joy Reid's show on MSNBC has been cancelled? BWAAHAHAHAHAHA pic.twitter.com/MiEP99w9zn

Joy Reid's show is canceled on MSNBC. CNN ratings at all time Lows & fires 50 employees.
The People are speaking, The dam is breaking. https://t.co/VsbUceEltc