In new court filing Thursday, Twitter said that Elon Musk is now under a federal investigation related to the deal he made — and subsequently attempted to break — to buy Twitter.

According to CNN, the court filing didn’t provide any details about the investigation, saying only that it is related to Musk’s “conduct” related to the deal.

But Twitter also accuses Musk’s lawyers of failing to cooperate with requests from both the Securities and Exchange Commission and the Federal Trade Commission to provide information related to the lawsuit Musk is fighting that aims to force him to honor the deal to buy the social media company. 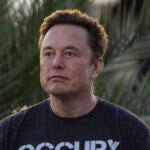 According to Reuters, Twitter accuses Musk’s lawyers of invoking “investigative privilege” in their refusal to comply.

Musk struck a deal earlier this year to buy Twitter for $44 billion, but very soon after attempted to break the agreement, citing unproven claims of fraudulent data about Twitter’s subscriber count. Twitter then filed suit to either force Musk to honor his agreement, or pay the agreed-upon breakup fee.

In early October, Musk claimed he was ready to honor the deal — but only if Twitter first ended the lawsuit, and even then he reserved the right not to go through with it. Twitter said only that it intended to see the deal completed, a statement that was wrongly interpreted to mean Twitter agreed to Musk’s terms. That didn’t turn out to be the case, and just days later, on Oct. 6, Musk asked the presiding judge to cancel the trial, claiming Twitter’s refusal to end the lawsuit meant it “won’t take yes for an answer.”

The judge ruled that Musk has until Oct. 28 to close with Twitter, or the lawsuit will proceed.